You are here: Home / Business / George Lucas will open a museum in Los Angeles 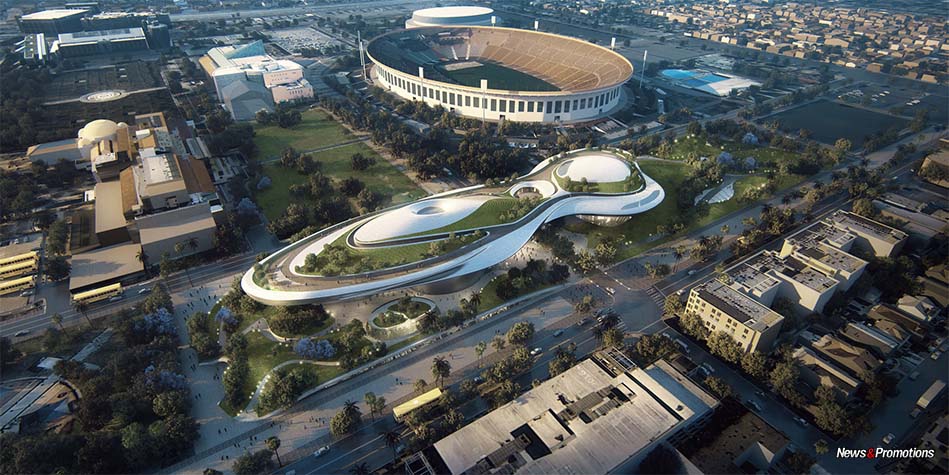 The creator of the ‘Star Wars’ series, George Lucas has chosen the city of Los Angeles, rather than San Francisco, to open his future museum, a titanic project that’s worth 1 billion dollars, according to the website of the museum, quoted by the AFP. Lucas Museum of Narrative Art will be located in the Exhibitions Park in Los Angeles and will host the collection of art and objects used in the shootings of his movies, including those from the ‘Star Wars’ saga. George Lucas will finance almost in totality the museum, which will be built on an area of 3 hectares and whose architecture will evoke a gigantic spaceship.

It will be surrounded by other museums that have numerous visitors. Los Angeles has been chosen to the detriment of San Francisco, which has proposed that the museum to have as its location the Treasure Island in the gulf of the city. In San Francisco are located the installations that house the Lucasfilm company which George Lucas has sold to the Disney company next to the famous Skywalker Ranch.

The location ‘best positions the museum to have the greatest impact on the broader community, fulfilling our goal of inspiring, engaging and educating a broad and diverse visitorship,’ it is written in a statement of the directors’ board. The authorities of Los Angeles together with the mayor of the town, Eric Garcetti, have expressed their satisfaction about this announcement, suggesting that the museum will generate thousands of jobs and will attract thousands of tourists, curious to see the original mask of Darth Vader, the paintings of Pierre-Auguste Renoir, Norman Rockwell and Edgar Degas as well as another 10.000 paintings, magazine illustrations of R. Crumb and N.C. Wyeth, books and so on. The date of the museum’s opening has not been made public, so far.

When it comes to ransomware, you don't always get … END_OF_DOCUMENT_TOKEN_TO_BE_REPLACED

Peyton Carr is a financial advisor to founders, … END_OF_DOCUMENT_TOKEN_TO_BE_REPLACED