You are here: Home / Entertainment / Here is Everything You Need to Know For Tonight’s ‘Pretty Little Liars’ Premiere 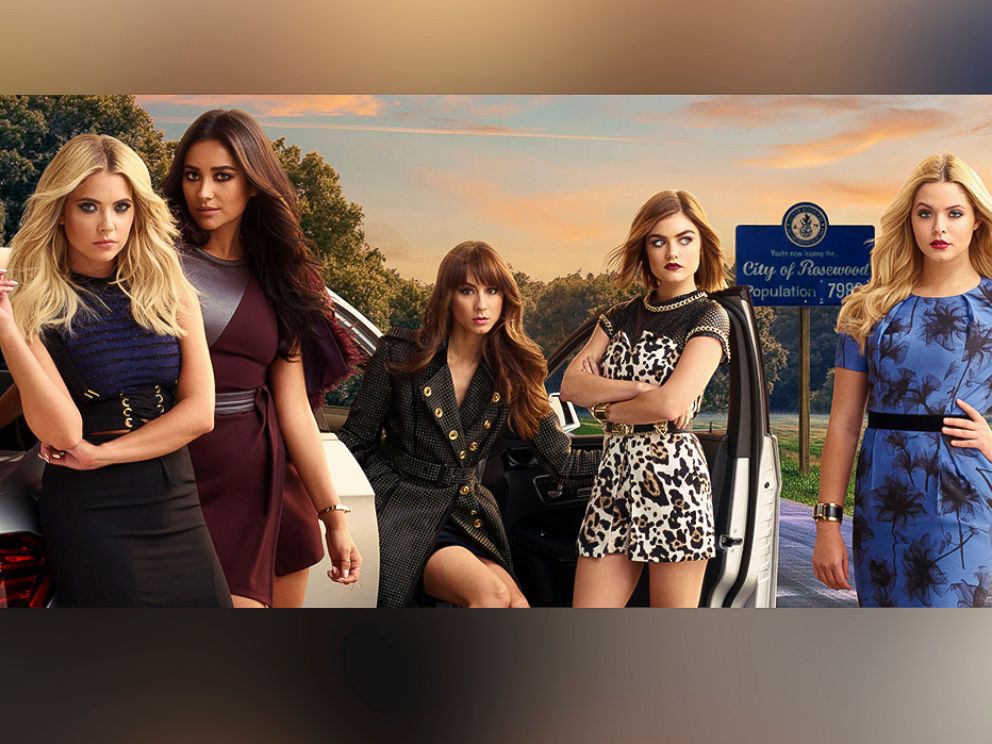 So you want to watch the “Pretty Little Liars” winter premiere tonight, but you’ve never seen the show.

Have no fear! You’ve come to the right place.

But in case you still want to brush up on the “Pretty Little Liars” characters as well as who is “A” and which couples to “ship,” here’s everything you need to know before tonight’s premiere titled, “Of Late I Think of Rosewood.”

Who Are the Pretty Little Liars

Spencer Hastings, played by Troian Bellisario, is known as the most intelligent and high achieving of the liars. Spencer comes from a wealthy family: her mother Veronica Hastings and her father Peter Hastings are lawyers. Her older sister is Melissa Hastings, and her half-brother is Jason DiLaurentis, her father’s son from his affair with Alison’s mother Jessica DiLaurentis. Spencer was last in relationship with Toby Cavanaugh, who is a Rosewood Police Department cop, and they’re known as “Spoby.” Spencer suffered a mental and emotional breakdown and was admitted to Radley Sanitarium, and she once had a drug addiction.

Aria Montgomery, played by Lucy Hale, is the artsy liar. She’s interested in photography and writing. Her parents Ella and Byron Montgomery are separated, and she has a younger brother named Mike Montgomery. Aria was last in a relationship with Ezra Fitz, her former high school English teacher, and they are known together as “Ezria.”

Emily Fields, played by Shay Mitchell, is the most athletic of the group and a member of the high school swim team. Emily lives with her mom Pam Fields, who raises her alone while her military husband and Emily’s father Wayne Fields is away on duty. Emily initially struggled with her sexuality, but eventually came out as being attracted to women. She was last in a relationship with Paige McCuller – known together as Pailey – before Paige moved to California.

Hanna Marin, played by Ashley Benson, used to be made fun of for her weight and was called “Hefty Hanna.” Her parents Ashley and Tom Marin are divorced. She’s interested in fashion and the most outspoken of the four liars. She was last in a relationship with Caleb Rivers, known together as “Haleb.”

Alison DiLaurentis, played by Sasha Pieterse, was the leader of the four liars before she disappeared. She often bullied and manipulated people, including Spencer, Aria, Emily and Hanna. She was believed to be murdered, until it was later revealed that she survived getting hit in the head by a rock and being buried alive and later left town. Her mother Jessica DiLaurentis was killed, but her murder remains unsolved.

Spencer, Aria, Emily, Hanna and their leader Alison are high school students and best friends living in Rosewood, Pennsylvania. But the girls drift apart after Alison disappears one night while they were having a sleepover in Spencer’s barn.

In the pilot episode, we meet Spencer, Aria, Emily and Hanna, one year after Alison’s disappearance.

Throughout the pilot episode, all four girls receive text messages from an unnamed character known as “A,” who taunts them about knowing their secrets and threatens to expose them.

Alison’s body is later found, and at her funeral service, the girls reveal to each other that they have all received messages from “A.” Throughout the series, the four girls become close friends again and attempt to work together to find out what happened to Allison the night she disappeared and the identity of “A,” all while facing threats from “A” and members of the “A” team.

In Season 2, Mona Vanderwaal, Hana’s best friend who was known as being nerdy and unpopular before she had a makeover, is revealed to be the original “A”. Mona was bullied by Alison before she disappeared. She reveals that she threatened Spencer, Aria, and Emily as revenge for stealing Hanna as a friend from her.

However, in the Season 6 summer finale, “A” is revealed to be CeCe Drake, who stole the game from Mona. CeCe said she threatened the four liars because of how they treated Alison.

Where the Summer Finale Left Off

In “Game Over, Charles,” police arrest CeCe for being “A.” The girls then went their separate ways, while Alison stayed behind in Rosewood.

Emily went to Pepperdine University in California, and Hanna went to New York. Spencer left for Georgetown University in Washington, D.C., and Aria went to study at Savannah College of Art and Design in Georgia.

When it comes to ransomware, you don't always get … END_OF_DOCUMENT_TOKEN_TO_BE_REPLACED

Peyton Carr is a financial advisor to founders, … END_OF_DOCUMENT_TOKEN_TO_BE_REPLACED