You are here: Home / Entertainment / Star Wars: The Force Awakens to Screen in Space 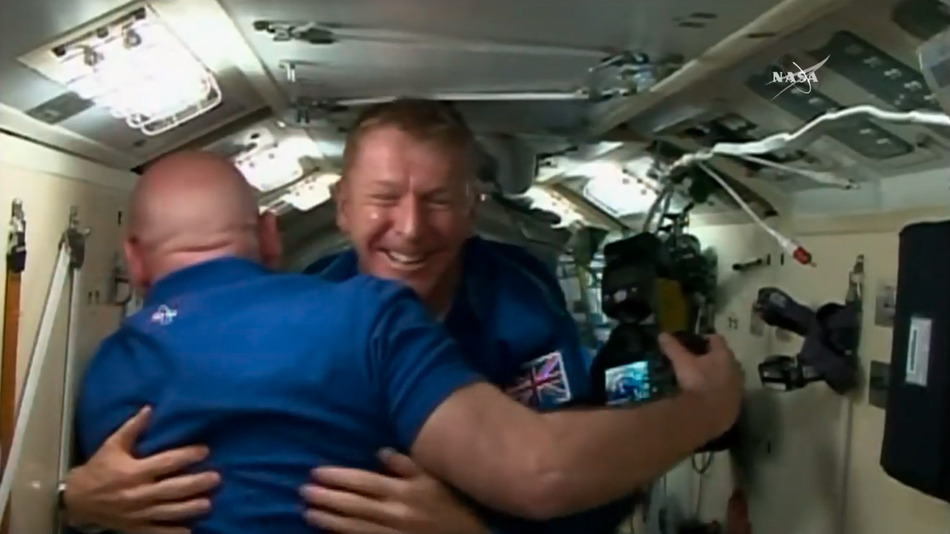 Can’t get into your local midnight screening of Star Wars: The Force Awakens on Friday? There is another option — and although you may have to travel quite a distance to get there, the theater’s atmosphere is out of this world.

That’s right — the International Space Station will screen the highly anticipated movie, according to a tweet from British astronaut Tim Peake. The 43-year-old Peake arrived at the ISS via Soyuz for a six-month stint Tuesday.

When a Twitter user lamented that Peake couldn’t have chosen a worse time to leave Earth, considering the movie’s release date, Peake corrected him:

.@ChrisEastabrook We have a projector & screen onboard & I’m told that @starwars will be waiting for us up there…what a place to watch it!

Movie-watching aboard the ISS is not unusual; astronauts have been known to while away the long evening with a space-based flick. Oddly enough, space disaster movies The Martian and Gravity — in which the ISS just happens to be destroyed — have been chosen in the past year.

Here’s what the projection system looks like, according to Peake’s fellow ISS resident Commander Scott Kelly:

#Movie night in micro #Gravity aboard #ISS on our new HD projector which we use for conferences, tech software, etc.. pic.twitter.com/Mhb03U3alz

And here’s what it’s like to be in the audience in humanity’s loneliest theater. Zero gravity seating included, but no popcorn in sight.

Watched @MartianMovie on @Space_Station last night! Today working towards our #JourneyToMars during my #YearInSpace! pic.twitter.com/rIEBjFxRIr

There’s no word yet on when NASA will beam The Force Awakens up to the station — but it’s a fairly safe bet you don’t have to worry about space-bound spoilers any time soon.

When it comes to ransomware, you don't always get … END_OF_DOCUMENT_TOKEN_TO_BE_REPLACED

Peyton Carr is a financial advisor to founders, … END_OF_DOCUMENT_TOKEN_TO_BE_REPLACED