You are here: Home / Education / Vervet Monkeys reward the brave and punish the weak 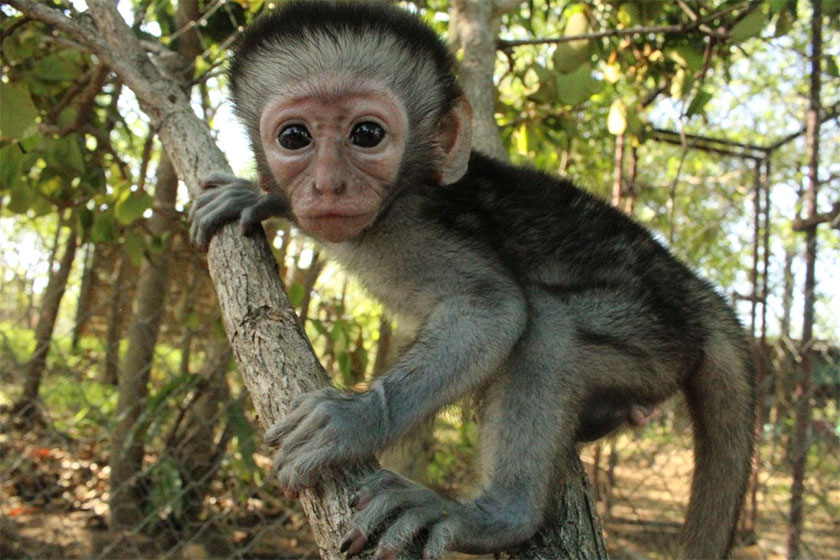 The females of the vervet monkeys use to incite the males to take part in the fights against the rival groups and to reward the bravest. Instead, they attack the males who have a more cautious attitude during the conflict, according to a study, informs the AFP. This research is the first which demonstrates that ‘another species besides man is able to use the manipulation tactics like the penalty or the reward, in order to incite at the participation at the fight between the different groups’, stated for the quoted source, Jean Arseneau, from the department of anthropology of the Zurich University. The Chlorocebus aethiops pygerythrus monkeys, also called vervet, live in Africa and are distinguished by the black face surrounded by white fur and by the yellow-green fur on the back. They live in groups, and the females are involved in the fights for food against the rival groups.

A team of experts from South Africa and Switzerland, studied several groups of vervet monkeys, in a reservation from South Africa. The specialists discovered that sometimes, after a fight, the females uses the method ‘the carrot and the stick’ to encourage the males to get involved in the following conflicts, rewarding males who participated in the fight and having an aggressive attitude toward the ones who had a hesitating attitude, through screams and sometimes even through physical aggression. Before attacking the males, which are about 1.5 times greater than them, the females do ‘a coalition’, gathering in groups of two or more monkeys to avoid the risky reprisals, said Arseneau. ‘The females use these tactics when the interesting food is in the game because they need this in order to raise their babies’ claim the scientists. The results of the research were published in the Proceedings of the Royal Society B. Journal.

When it comes to ransomware, you don't always get … END_OF_DOCUMENT_TOKEN_TO_BE_REPLACED

Peyton Carr is a financial advisor to founders, … END_OF_DOCUMENT_TOKEN_TO_BE_REPLACED