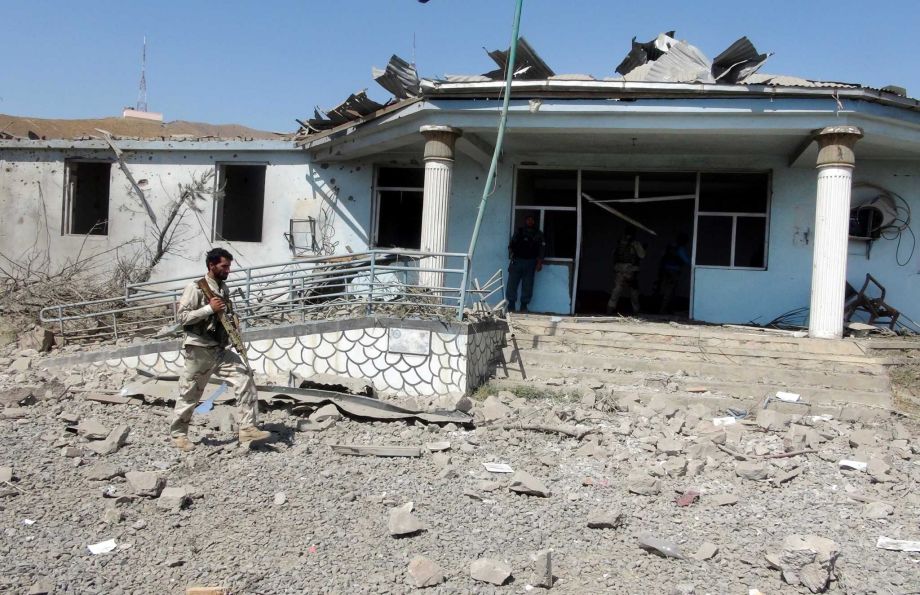 An Afghan military helicopter crashed in a remote region of the southern Zabul province on Thursday, killing 17 people on board — 12 soldiers and five crew members, officials said. President Ashraf Ghani offered his condolences to the families of those killed, while the Taliban claimed they had shot down the aircraft.

Provincial police chief Mirwais Noorzai said the cause of the crash was not yet known and was under investigation. The Defense Ministry said the crash appeared to have been caused by a technical problem, without elaborating.

Afzal Aman, the Defense Ministry’s chief of operations, described it as “the worst calamity to hit the air force.” He confirmed the casualty figure, and said the dead included a unit commander and 11 soldiers, as well as the crew.

The Afghan military has been fighting the Taliban-led insurgency alone since U.S. and NATO forces concluded their combat mission at the end of last year, shifting to a support and training role instead.

Aman said the helicopter was a Russian-made M-17, and was flying between Zabul’s capital of Qalat and the town of Shinkay, 20 kilometers (12 miles) away.

The Taliban statement, posted on their website, said the helicopter was “shot down with a rocket launcher.” The claim was impossible to verify and the insurgents regularly exaggerate their battlefield gains.

Din Mohammad Darwish, spokesman for the governor of Logar province, near Kabul, said the dead from Thursday’s attack included three police officers and five civilians. Five police were among the wounded.

The massive blast, in the provincial capital of Puli Alam, blew out windows in buildings 500 meters (1,600 feet) away, he said.

The Taliban also claimed responsibility for that attack, saying in a statement that they targeted military and paramilitary units.

The Taliban have been in turmoil following confirmation of the death of their leader, Mullah Mohammad Omar. Afghan authorities say he died in a Pakistani hospital more than two years ago.

Again, the Taliban claimed responsibility for the Kandahar attack as well.

When it comes to ransomware, you don't always get … END_OF_DOCUMENT_TOKEN_TO_BE_REPLACED

Peyton Carr is a financial advisor to founders, … END_OF_DOCUMENT_TOKEN_TO_BE_REPLACED