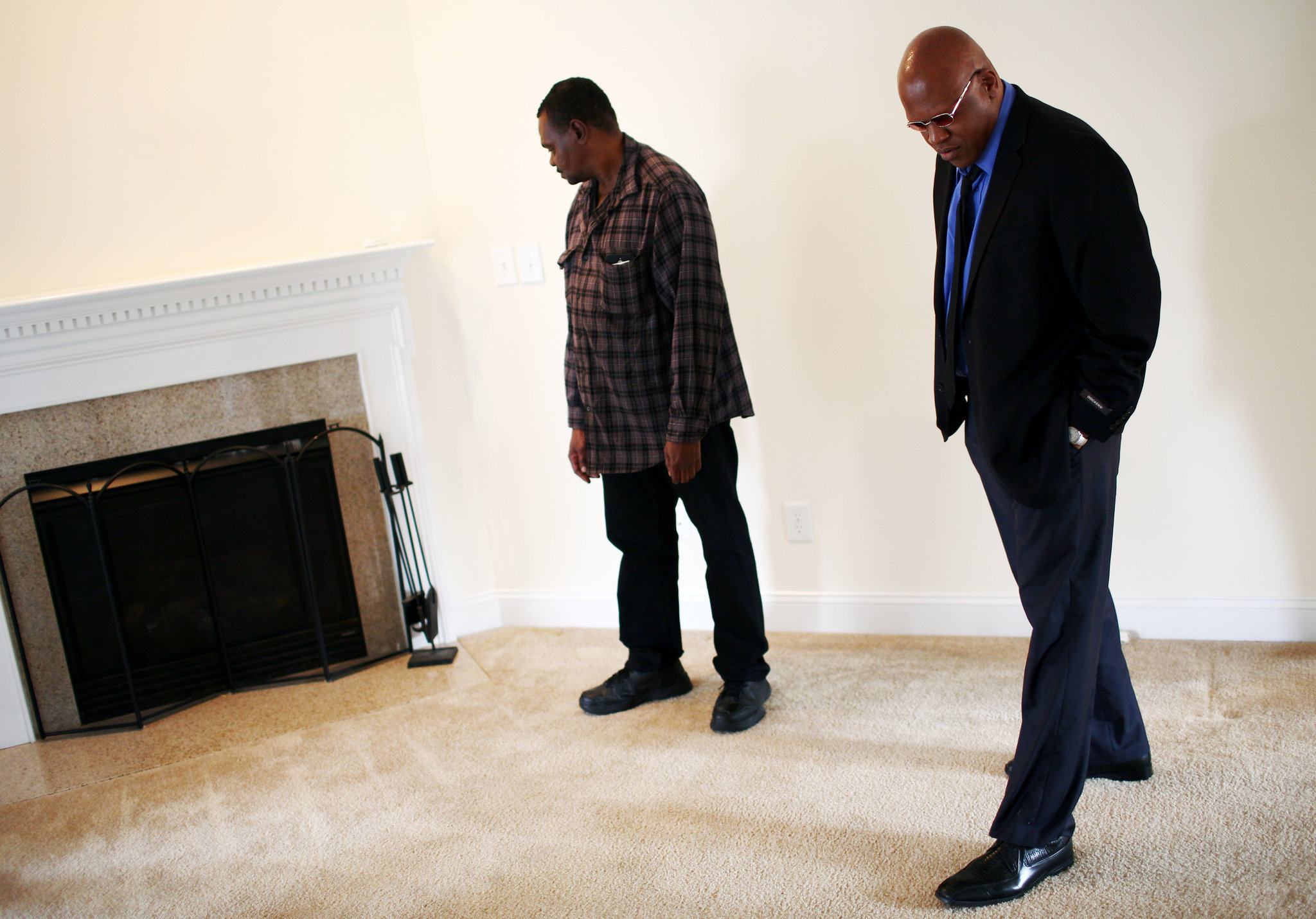 One year to the day after a North Carolina judge threw out their wrongful murder convictions, a state commission awarded $750,000 each as compensation to two half brothers who spent three decades in prison, much of it on death row.

A pardon by Gov. Pat McCrory of North Carolina in June made each man eligible for $50,000 a year in compensation from the state, up to $750,000 each. (Without a cap, the compensation for their full 31 years in prison would be more than double that amount.) The maximum was granted to each man on Wednesday by the North Carolina Industrial Commission, which oversees workers’ compensation and tort claims.

Mr. Megaro argued that is not enough to repay the men, both of whom are mentally disabled and, he said, have no training or skills needed to get jobs. “Once you’ve paid off attorney’s fees and a lot of costs of living — family members and stuff — it’s not that much money,” he said. He declined to say how much he is getting paid, but confirmed his fees are coming out of the compensation they received Wednesday.

“Whatever they net from it is not going to be enough to sustain themselves with basic living expenses for the rest of their lives, however long that’s going to be,” the lawyer added.

The lawsuit does not specify how much the men are seeking in damages.

The suit alleges that the men suffered great harm in prison, with Mr. Brown “repeatedly the victim of sexual assault from other inmates.” The lawyer said that Mr. Brown’s mental health has deteriorated particularly gravely since leaving prison, and that he is currently hospitalized.

Sheriff Kenneth Sealey of Robeson County, who is named in the suit, said through a representative that he was unaware a suit had been filed. He referred questions the county attorney, who did not return a call seeking comment.

Mr. McCollum and Mr. Brown had traveled from New Jersey to Red Springs, N.C., a small town near the Carolina border, to visit relatives when they were arrested on Sept. 28, 1983, for the rape and murder of 11-year-old Sabrina Buie. Mr. McCollum was 19, and Mr. Brown 15. The crime drew national attention for its brutality: The victim had been suffocated with her own underwear shoved down her throat.

But there was no physical evidence that either man had been involved. Under hours of questioning by the police with no lawyer present, Mr. McCollum falsely confessed. The two were convicted and sentenced to death. In 1994, Justice Antonin Scalia of the Supreme Court cited the brutality of the rape and murder as evidence that the death penalty was not a “cruel and unusual punishment” as prohibited by the Eighth Amendment.

Lawyers with the Center for Death Penalty Litigation pressed for DNA testing of evidence, including a cigarette butt left near the murder scene. The North Carolina Innocence Inquiry Commission found the DNA matched that of another man, Roscoe Artis, who lived a block from where the victim’s body was found. Mr. Artis was already serving a life sentence for the rape and murder of an 18-year-old.

After years of legal wrangling, Judge Douglas B. Sasser vacated the convictions on Sept. 2, 2014. The next morning, the two men walked out of prison as free men and were driven to their father’s home in Bolivia, N.C. Mr. McCollum had been on death row for so long that he did not know how to fasten the seatbelt.

When it comes to ransomware, you don't always get … END_OF_DOCUMENT_TOKEN_TO_BE_REPLACED

Peyton Carr is a financial advisor to founders, … END_OF_DOCUMENT_TOKEN_TO_BE_REPLACED