You are here: Home / World / 20 Refugees Found Dead in Truck in Austria 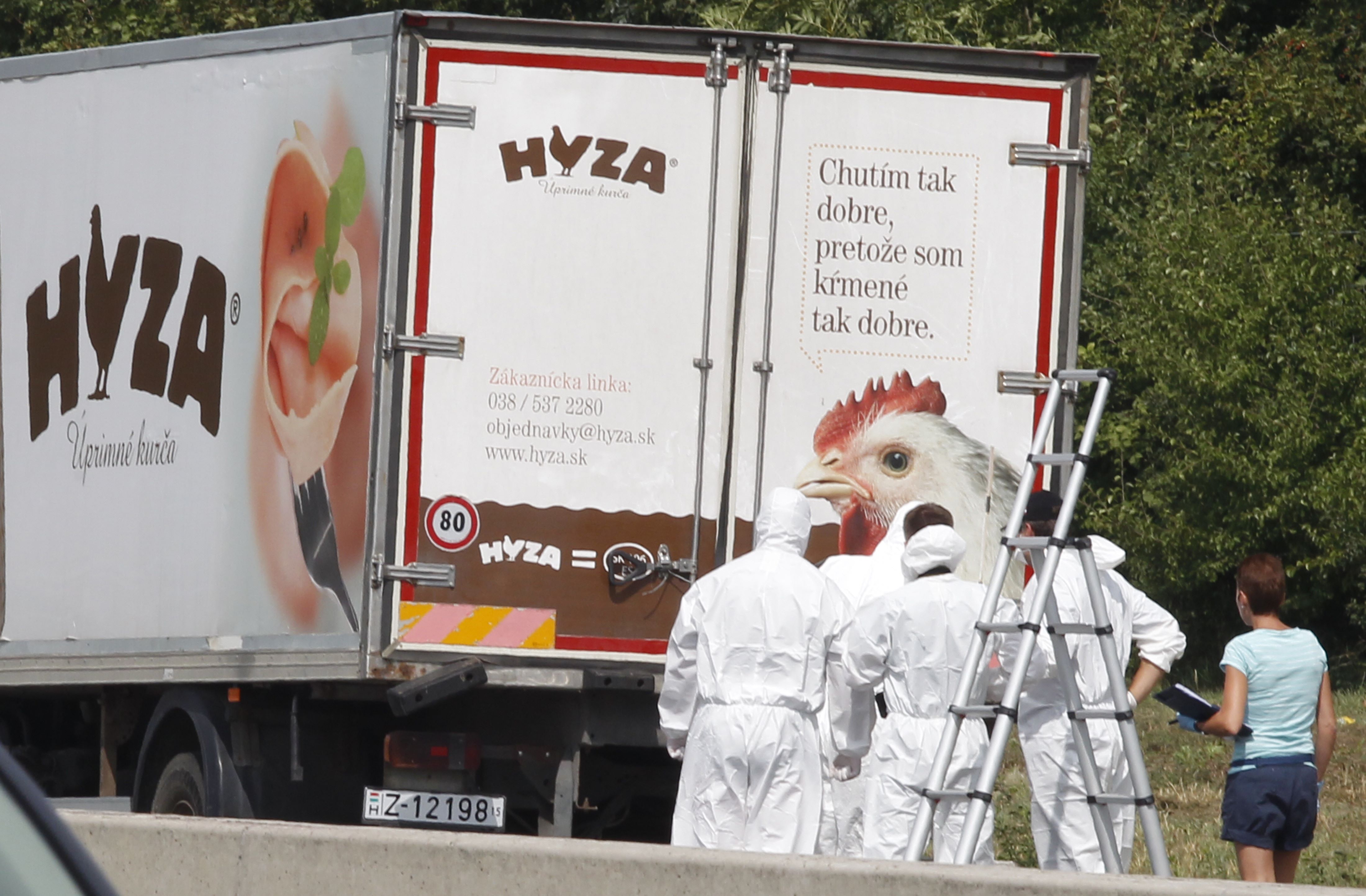 The bodies of at least 20 refugees — and as many as 50 — were found Thursday in a tractor-trailer abandoned on the side of the road in eastern Austria near the Hungarian border, according to multiple media reports.

The nationalities of the victims were not immediately clear, but Europe has been inundated by a recent flood of refugees from the Middle East and North Africa, particularly war-torn Syria.

Hans Peter Doskozil, chief of Burgenland police, said it is unclear whether the refugees suffocated in transport and suggested they might have been dead for several days, the Austrian newspaper Die Presse reported. He said the truck had been there at least since Wednesday, but that police only investigated its contents Thursday.

Calling the incident a “terrible crime,” Doskozil said the number of victims could be as high as 50.

Doskozil said the back door of the refrigerated tractor-trailer was left open, exposing the bodies, and the driver had fled. He told reporters that the bodies were in an advanced state of decomposition, the Associated Press reported.

Forensic experts investigate a truck in Parndorf, Austria, where the bodies of up to 50 refugees was found Aug. 27, 2015. (Photo: Roland Schlager, EPA)

The vehicle was found in the town of Parndorf in the state of Burgenland on a road leading from Hungary. The deluge of migrants prompted the country to build a new border fence to keep them out.

The truck once belonged to the Slovak chicken meat company Hyza, part of the Agrofert Holding, which is owned by the Czech Finance Minister Andrej Babis.

Agrofert Holding said in a statement that it had sold the truck in 2014, AP reported. The new owners did not remove the truck’s logos as required and Hyza has nothing to do with the truck now, the company added.

On one side of the truck was the slogan “Honest chicken” while writing on the back read “I taste so well because they feed me so well.”

“Human smugglers are criminals,” Interior Minister Johanna Mikl-Leitner said in a statement. “Those who still think that they are gentle helpers of refugees are beyond saving.”

She said the disaster was a “signal to Europe to act as quickly as possible.”

The latest news came as a summit of European and Western Balkan countries on migration issues was underway in Vienna to address the refugee crisis and tackle the problem of human trafficking gangs. Germany has urged all European states to share the burden.

A record number of 107,500 migrants crossed the EU’s borders last month and on Wednesday police counted more than 3,000 crossing into Serbia, the BBC reported.

When it comes to ransomware, you don't always get … END_OF_DOCUMENT_TOKEN_TO_BE_REPLACED

Peyton Carr is a financial advisor to founders, … END_OF_DOCUMENT_TOKEN_TO_BE_REPLACED