You are here: Home / Technology / 3D Printer for Kids Cheaper Than an iPhone 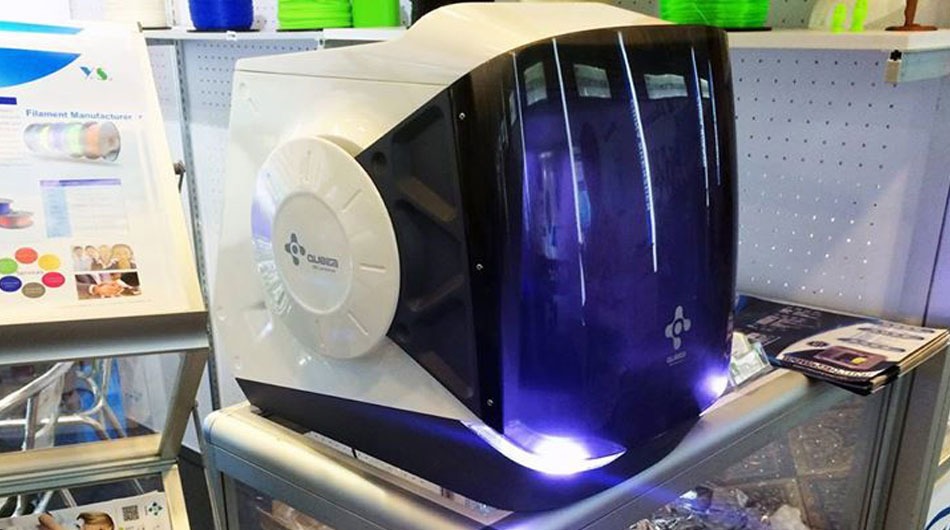 While popular among designers, the commercial 3D printer space has, so far, failed to capture much mainstream attention and instead seems to occupy a distinctly tech and academic niche.

But one project hopes to change all that by introducing 3D printing to an entirely new, mostly untapped market for the technology: kids. The Rever 3D printer touts itself as an affordable and easy-to-use 3D printer for children looking to craft their own toys and harness their imaginations.

Aesthetically, the small 3D printer starts in the right place by looking like a space helmet instead of a complicated, high-tech device or an oversimplified toy. But the design, which is fronted by a translucent visor–style cover, has a specific purpose — safety.

When the device is printing an object, the see-through door remains closed, preventing a curious child from poking their hand in. And when the printing is finished and the door opens, the 3D printer nozzle is locked away in an area away from the probing fingers of a child.

Nevertheless, even with those safety measures in place, putting a working 3D printer in the hands of a child still seems early at this stage of the technology’s mainstream adoption. The company did not immediately respond to a request for comment on this particular point.

Aside from that, the device, which comes in white, blue, red and yellow, appears to easily print objects like any other 3D printer. In the demonstration video we’re shown everything from Lego-style blocks that can be printed and fitted together to make toys, to bracelets and other trinkets.

And while the Rever looks like a great idea, we have to take a moment to mention the video. In it, two girls and a boy are shown using the device to create objects. But what stands out is the old school gender-typing of each child.

The boy is shown using the device to create objects to become a super hero, and is later shown playing with a 3D-printed plane. The two girls are shown using the device to craft jewelry and high-heeled shoes. Although the commercial appears well-intentioned, it seems odd to pigeonhole young girls with such stereotypes in 2015, especially when it comes to promoting a technology product.

Marketing aside, the device appears to be gaining steam on Kickstarter, having already garnered nearly $30,000 of its $120,000 goal with nearly a month left in the campaign. The device, which will sell for $399 at retail, is currently available for as low as $229 and will reach backers next June.

Have something to add to this story? Share it in the comments.
Source link

When it comes to ransomware, you don't always get … END_OF_DOCUMENT_TOKEN_TO_BE_REPLACED

Peyton Carr is a financial advisor to founders, … END_OF_DOCUMENT_TOKEN_TO_BE_REPLACED