You are here: Home / World / $4.5M in Gold Coins Recovered off Florida Beach 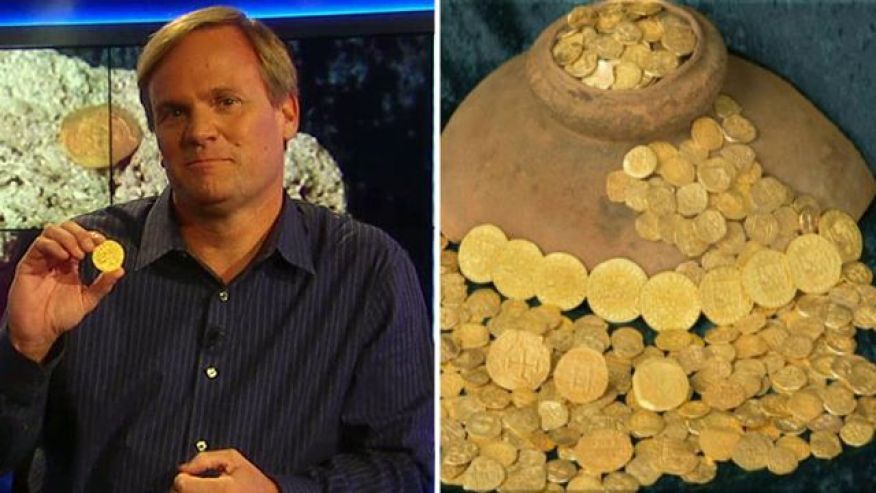 A team of treasure hunters scouring the waters off Florida last month recovered a $4.5 million bounty of gold coins – including several made for the king of Spain, Philip V, in the early 1700s, Florida Today reported.

The find – made July 30 and 31 off the coast of Vero Beach — was announced Wednesday by Bret Brisben, captain of the S/V Capitana. Brisben and his crew reportedly found 350 gold coins, nine of which are known as Royals and valued at $300,000 apiece.

The discovery, which comes from the 1715 Fleet shipwreck, was made on the 300th anniversary of the July 30, 1715 tragedy — when the entire fleet of 11 ships traveling from Havana to Spain was lost at sea after it ran afoul of a hurricane. More than 1,000 people died.

“People love treasure stories. It resonates with everybody — every demographic, young and old, rich and poor,” Brisben told the newspaper. “People freak out that we’re literally 10-15 feet off the beach in 2-3 feet of water.”

The State of Florida can receive 20 percent of the recovered artifacts for purposes of displaying in its museum in Tallahassee, according to a press release.

Brisben’s find comes a month after one of his subcontractors, Eric Schmitt, found 52 gold coins worth more than $1 million. Schmitt found the gold while diving about 150 feet off the coast of Fort Pierce in Florida during his yearly treasure-hunting trip with his wife, his sister and his parents, the Orlando Sentinel reported.

When it comes to ransomware, you don't always get … END_OF_DOCUMENT_TOKEN_TO_BE_REPLACED

Peyton Carr is a financial advisor to founders, … END_OF_DOCUMENT_TOKEN_TO_BE_REPLACED