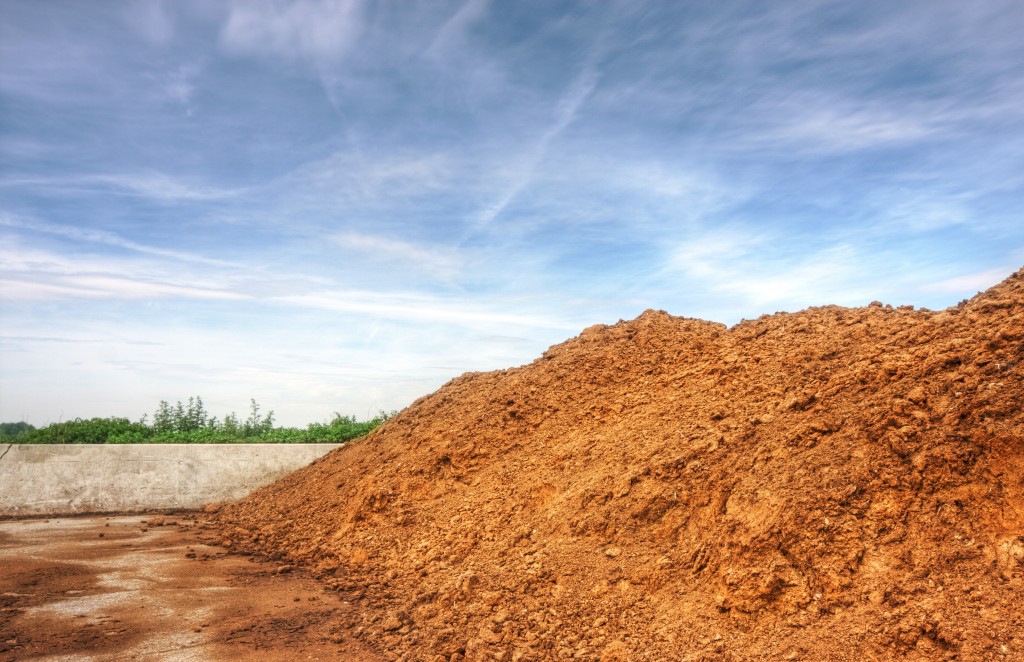 The Delmarva Peninsula, which juts out into the Atlantic Ocean along the eastern edge of Maryland, is a poultry producing hot spot. Home to industry giant Perdue, the country’s third-largest chicken producer, it’s also one of the most densely concentrated areas in the United States for industrial chicken farming. In 2014, according to industry statistics, Maryland produced 287,800,000 chickens — 48 chickens for every Maryland resident.

All of those chickens leave Maryland farmers and residents with a heaping problem in the form of chicken manure — by some estimates, the state produces more than 650 million pounds of chicken manure each year. For years, Maryland’s chicken farmers have been responsible for their manure, with many spreading the naturally nutrient-rich waste onto their fields. But in recent years, an excess of chicken manure has led to increasingly polluted waterways, with over 200,000 tons of excess manure eventually finding its way into the Chesapeake Bay each year. According to a 2012 report by the Chesapeake Bay Commission, more than a third of the bay’s phosphorous — which encourages algal blooms and dead zones — comes from manure runoff.

Historically, it has been the burden of the chicken farmer to find a way to responsibly dispose of their farm’s chicken waste, a task that is set to become increasingly difficult under Maryland’s new phosphorous management plan, which severely restricts the amount of manure that can be applied as fertilizer. But now, a coalition of more than 50 Maryland legislators and environmental groups are hoping to hold the chicken integrators — the Perdues of the world — responsible for the manure that their chickens produce.

“The integrators control every aspect of poultry production — they own the feed, the own the birds — but the only aspect they don’t take responsibility for is the manure,” Alison Prost, Maryland executive director at the Chesapeake Bay Foundation, told ThinkProgress. “It becomes a management nightmare for the farmers, and taxpayers have to subsidize [programs] that [ensure] the manure is properly transported.”

Unveiled Tuesday, proposed legislation — dubbed the Poultry Litter Management Act — would make chicken integrators like Perdue responsible for picking up and responsibly disposing of any excess manure that their contracted chicken farmers could not find a use for. Currently, contract farmers are responsible for either applying manure to their fields, selling it to other farmers who intend to do the same, or having it collected and transported to a storage facility. Taxpayers subsidize the transportation of excess manure — since 1999, $5.6 billion in state money has gone towards the removal of excess manure from farms. Chicken companies have matched state funds for the removal of chicken manure, but the Poultry Litter Management Act would shift the entirety of the financial burden onto those companies.

“This bill is about corporate accountability, and it’s about fairness. Big chicken companies have the necessary resources and the responsibility to dispose of their own waste, just like other industries,” Senator Richard S. Madaleno (D), a co-sponsor of the bill, said during a press conference Tuesday afternoon. “Everyone must do their part to mitigate pollution into our state’s iconic natural treasure.”

According to an editorial published in the Baltimore Sun, shifting the burden of dealing with excess manure to poultry companies would raise the price of production for those companies by $4 million annually, a relatively small increase for corporations that make billions each year (Perdue, for instance, raises $6.3 billion in annual revenue).

Still, the industry has voiced opposition to the legislation, with the Delmarva Poultry Industry Inc. — the trade association for the region’s chicken industry — leading the charge.

“If the chicken companies become the owners through state action, hundreds of chicken growers could have a loss of income or could be forced to spend tens of thousands of dollars for fertilizers,” Executive Director Bill Satterfield told DelawareOnline. Satterfield also told the DelawareOnline that the proposed legislation ignores the voluntary measures that poultry companies are already taking to help clean up excess manure, such as matching state funds for the transport program and, in the case of Perdue, paying for the construction of a manure-to-fertilizer.

Big chicken companies have the necessary resources and the responsibility to dispose of their own waste, just like other industries

But Prost reiterated that the Poultry Litter Management Act wouldn’t automatically classify manure as a waste product, or force farmers to give up manure they would otherwise be able to use as fertilizer. Instead, she said, it would help put in place a system to deal with excess manure before agricultural expansion and environmental regulations make the problem too big to solve. The state’s phosphorous management plan went into effect in June, and farmers with cropland designated to be the most at risk for runoff are no longer allowed to apply chicken manure to the land. Each year, the management plan will add more at-risk cropland to the list, slowly but steadily lessening the available cropland for manure disposal. At the same time, chicken farming in Maryland is undergoing a rapid expansion, with some 200 chicken houses slated to be built on the Delmarva Peninsula this year alone.

“While right now people can say that [manure removal] is someone else’s problem, we’re dealing with a smaller volume of manure,” she said. “We know the [phosphorous] regulations will mean more manure, and we also see the poultry growth that is happening on the shore. We see this [legislation] as the second step to the phosphorous management plan — having the tools in place, and having the tools in place before it’s a problem.”

If poultry producers are forced to shoulder the totality of the state’s manure problem, Prost said, it could incentivize technological innovations that have been previously out of reach or not economically feasible.

“Usually when there is regulatory certainty, we see that innovation comes along and helps out,” she said.

Officials and chicken producers in Maryland have talked for a long time about finding a way to turn the state’s excess manure into an energy source, through incinerators and, more recently, digesters that would turn the chicken poop into electricity. Since 2011, chicken manure has been listed as a “tier one” renewable energy source in the state’s renewable portfolio standard, the same designation given to wind and solar. But even that designation hasn’t helped manure-to-energy projects take off in Maryland, largely because of community opposition to incinerators, which can give off particulate matter dangerous to public health, and technological and financial barriers to more sophisticated digester technology.

In March, Perdue made headlines when it partnered with a New Hampshire-based developer to propose a $200 million energy plant that could convert 200,000 tons of chicken manure into electricity each year — almost all of the state’s excess manure. The project has yet to be confirmed, but it’s something that Maryland could see more of if poultry producers are legally held responsible for their chickens’ manure.

“Chicken producers produce the chicken but the farmers are left with the manure,” Bill Dennison, professor and vice president for science applications at the University of Maryland’s Center for Environmental Science, told ThinkProgress when the proposal was first announced last year. “To have them integrated into the solution makes a lot of sense.”

When it comes to ransomware, you don't always get … END_OF_DOCUMENT_TOKEN_TO_BE_REPLACED

Peyton Carr is a financial advisor to founders, … END_OF_DOCUMENT_TOKEN_TO_BE_REPLACED