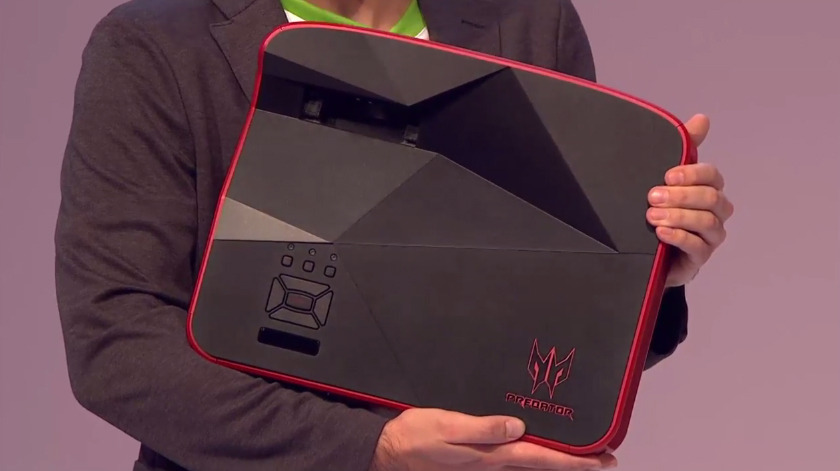 Acer’s new gaming phone and gaming projector are big, powerful and designed from the ground up for gamers. The company announced the Predator 6 gaming phone Predator Projector at the IFA tech trade show on Wednesday.

What makes a the Predator 6 a phone for gamers? First, it has a huge 6-inch display. Second, it’s packing a 10-core processor by MediaTek. Even the best smartphones today top out at 8-cores.

It’s got 4GB of RAM to help speed along game loading times and performance and on the back is a 21-megapixel camera.

Any way you slice it, the Predator 6 is a beast of a smartphone.

The phone’s also got four front-facing speakers, the same as on Acer’s Predator 8 gaming tablet, and powerful haptic feedback when used in portrait position. Acer says the vibrations are just like those on a gaming controller.

From the looks of it, all that power and gamer-focus, does come at a cost: a bulky design. The phone has bold sharp edges, a far cry from the svelte metal and glass designed of the iPhone 6 and Galaxy S6.

Mobile gaming not your thing? Then you may be interested in the Predator Projector, a gaming projector that can throw a 120-inch projection onto a wall.

The beauty to this projector is that it’s an ultra short-throw one, meaning it can be placed really close to a wall a still project a huge screen.

Acer didn’t announce pricing or availability for either Predator devices.

When it comes to ransomware, you don't always get … END_OF_DOCUMENT_TOKEN_TO_BE_REPLACED

Peyton Carr is a financial advisor to founders, … END_OF_DOCUMENT_TOKEN_TO_BE_REPLACED