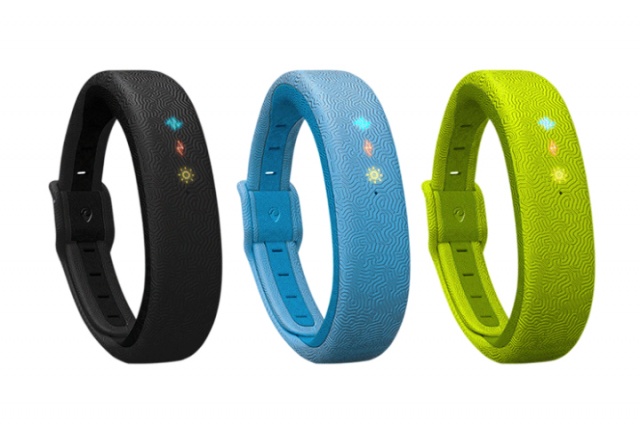 The Glassy Zone is a fitness wearable that’s designed for surfers, providing not only surf activity tracker, but also UV exposure data using a special sensor, and surf-specific information through the companion app. The new band has launched on Indiegogo for just $100, and comes from a Spanish company with an established background in surfing tech.

While devices like the Adidas MiCoach Fit Smart are aimed at runners, the Glassy Zone is aimed specifically at surfers. With surfing mode activated, it tracks the amount of time you paddle, how many waves you catch, speeds reached, and the distance covered while riding a wave. Each session is collated by the app, which provides an overview when you’re done, including a GPS-based map of your fun.

The sensors inside the Glassy Zone don’t stop with the usual gyroscope, accelerometer, and GPS units; it also has a UV sensor. This measures the amount of exposure your skin has to the sun, and so you know when you’ve had enough, an LED light on the band will illuminate. The band is designed to be worn 24-hours a day, and will also track your sleep, in addition to steps and calories. Through the Glassy app, surfers can receive alerts on surfing conditions, send messages to friends in the community, set goals, and compete against other surfers.

This isn’t the first surf wearable designed by Glassy Pro. A year ago, it teased a smartwatch called the Glassy Pro One, a project it says has been delayed so it can focus on the Glassy Zone instead. The company told Digital Trends that once the Zone has launched, it’ll return to the Glassy Pro One watch project.

The Glassy Zone hit Indiegogo in mid-October, and at the time of writing had passed the halfway point towards its $35,000 funding goal. There are only a limited amount of bands available for $100, and once they’re all claimed, the price may shoot up to $200 — a very ambitious price for a fitness band. We’d recommend getting in early if you want one.

However, backers are in for a serious wait, because the company doesn’t expect to ship the Glassy Zone until between September and November 2016. If you’re a patient surfer, you’ll find the Indiegogo campaign page here.

When it comes to ransomware, you don't always get … END_OF_DOCUMENT_TOKEN_TO_BE_REPLACED

Peyton Carr is a financial advisor to founders, … END_OF_DOCUMENT_TOKEN_TO_BE_REPLACED