You are here: Home / Entertainment / The actor John Hurt and the actress Emmanuelle Riva, die at 77 years, respectively, 89 years 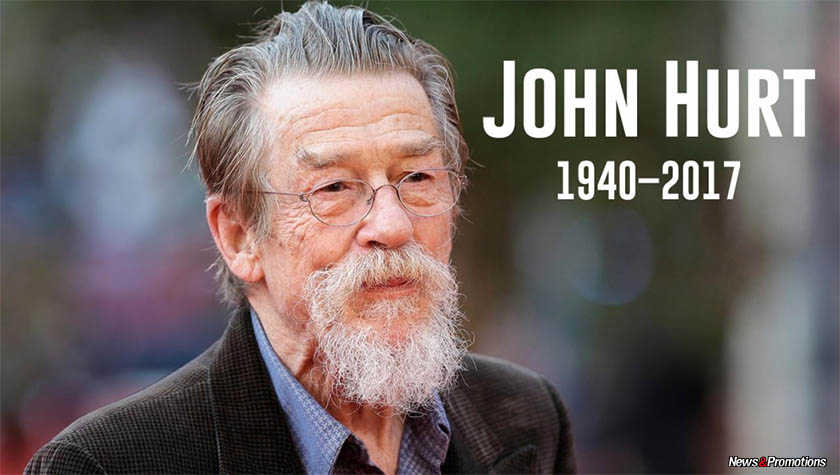 The British actor Sir John hurt, double-nominated for an Oscar for his interpretations from ‘Midnight Express’ (1978), in a secondary role and ‘The Elephant Man’ (1980), main role, died at the age of 77 years, after a long battle with a pancreatic cancer, transmitted on January 28 the international press agencies. Hurt, who, along a career of six decades starred in more than 200 movies and series, including in the production ‘Harry Potter’ (Mr. Ollivander), revealed in 2015 that he suffers from a pancreatic cancer found in the early stages and that will follow a treatment. The actor, born on January 22, 1940 near Chesterfield, was ennobled by the Queen Elisabeth II in 2014.


The French actress Emmanuelle Riva, known in particular for her roles in ‘Hiroshima Mon Amour’ (1959) directed by Alain Resnais and in ‘Amour’ (2012) directed by the Austrian Michael Haneke, also died at the age of 89 years ago, announced on Saturday people close to her, according to the AFP. The comedian died on Friday in Paris after a long disease, writes the daily newspaper Le Monde, quoting sources close to the actress. ‘Until the end, she was a very active person’, said her spokeswoman, Alvares Anne Correa. Last autumn, the actress participated in a cultural event at Villa Medici, the prestigious French artistic institution from Rome.

Italy. Recently, Emmanuelle Riva filmed for the film ‘Paris Pieds Nus’ directed by Dominique Abel and Fiona Gordon, which will arrive in the French cinemas in March. ‘Emmanuelle Riva was an artist of a rare exigency. An unforgettable voice that loses. A voice lived by the love of words and of poetry’, said Frederique Bredin, the president of the National Center of the French cinematography. For the role of the film ‘Amour’ Emmanuelle Riva obtained, in 2013, the Cesar Award for the Best Actress.

When it comes to ransomware, you don't always get … END_OF_DOCUMENT_TOKEN_TO_BE_REPLACED

Peyton Carr is a financial advisor to founders, … END_OF_DOCUMENT_TOKEN_TO_BE_REPLACED