You are here: Home / Entertainment / Adele is Definitely the Queen of Pranks and Here is Proof 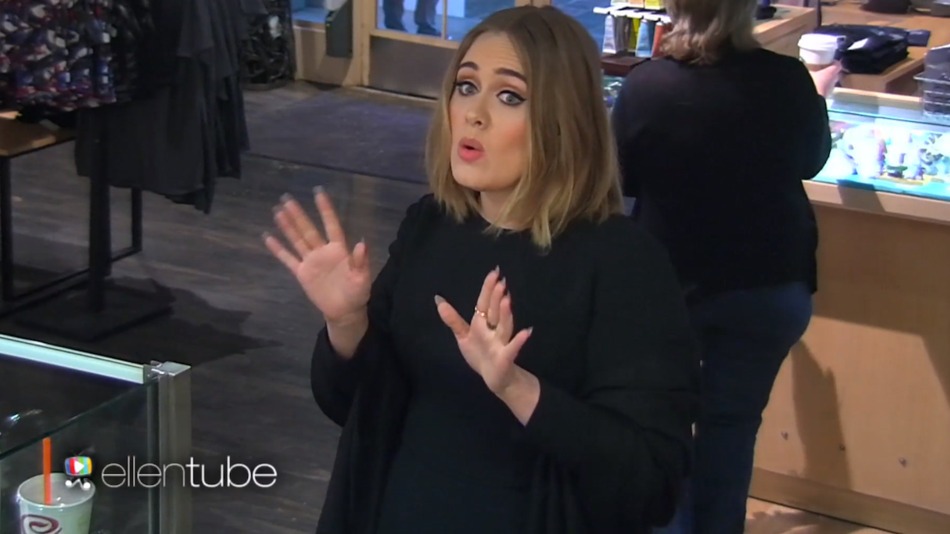 We already knew that Adele is the queen of pranks, but in case you ever doubted it, here’s some more proof.

The singer stopped by The Ellen Degeneres Show this week, where she not only gave a full explanation for what happened during her slightly … off Grammys performance Monday, but also teamed up with the host to pull a fast one on some totally confused Jamba Juice employees. DeGeneres was telling her exactly what to say, meaning she ended up being some ridiculous things.After some confusion over the small, medium and large options — “do you have an extra large or an extra small?” — she ends up ordering large “but in a small cup.” She requested a shot of amaretto in it because “I haven’t had a drink in hours,” and then she cuts off a piece of wheatgrass and eats it in front of them.

Unlike last time, when she pranked a bunch of Adele personators, Adele didn’t go undercover. But like last time, she did the whole thing without breaking once.

When it comes to ransomware, you don't always get … END_OF_DOCUMENT_TOKEN_TO_BE_REPLACED

Peyton Carr is a financial advisor to founders, … END_OF_DOCUMENT_TOKEN_TO_BE_REPLACED