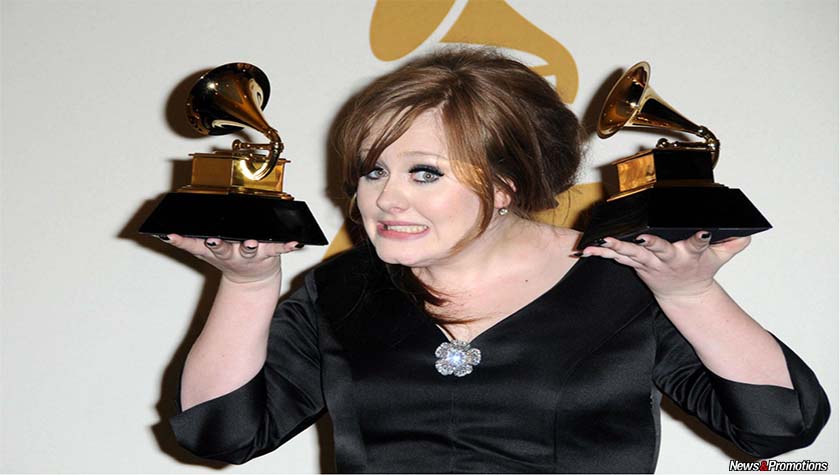 Adele won the Grammy Award for the album of the year category with her album ’25’, on Sunday night in Los Angeles, managing to defeat her main rival, Beyonce, at all the three main categories of prizes, in accordance with the DPA. This is the fifth Grammy Award won by Adele at this gala. Beyonce, 35 years, and Adele, 28 years, were the main favorites of the Grammy Awards. Beyonce was considered the great favorite for the awards with 9 nominations, while Adele is the only artist who was nominated in all the major three categories of awards: the best album, the best song and the record of the year.

Adele has won all these categories. In a speech of acceptance in which she was visibly nervous, Adele stated that the award for the best album helped her to feel again like an artist after her last triumph at the Grammys, in 2012, she dedicated, almost exclusively, to the mother duties. Full of modesty, she praised the album ‘Lemonade‘ of Beyonce: ‘I’m very humbled and grateful and gracious but the artist of my life is Beyoncé. And this album for me, the Lemonade album, was so monumental and so well thought out and so beautiful and soul bearing.’

When it comes to ransomware, you don't always get … END_OF_DOCUMENT_TOKEN_TO_BE_REPLACED

Peyton Carr is a financial advisor to founders, … END_OF_DOCUMENT_TOKEN_TO_BE_REPLACED