You are here: Home / Business / Aerosmith will say ‘good-bye’ in their 2017 ‘Aero-Vederci Baby!’ Tour 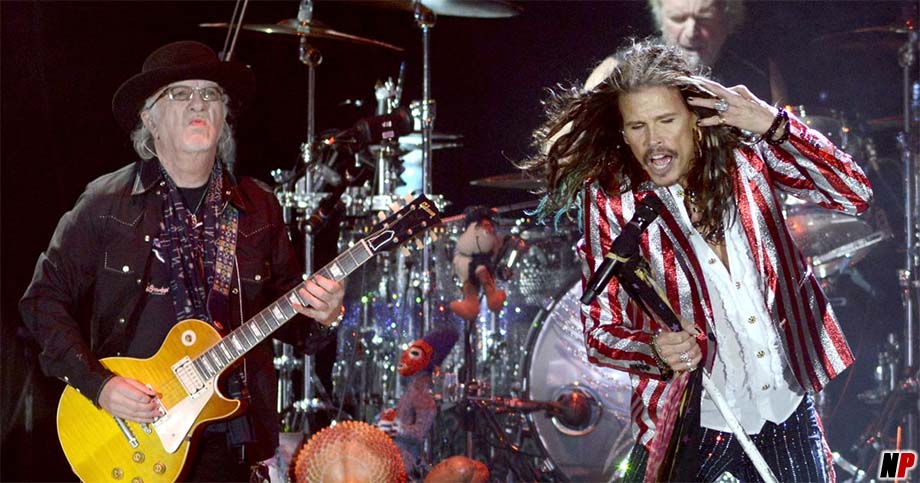 The American rockers from the legendary band Aerosmith, who sang about 45 years, will embark on a good-bye European tour, in 2017, announced the band this week, and the series of concerts will start in Israel. Aerosmith, one of the biggest rock bands in the United States of America, the winner of numerous awards, often called ‘The Bad Boys from Boston’ with reference to the town in which the group was established in 1970, is famous for songs such as ‘Walk this Way’, ‘Back in the saddle’, ‘Crazy’, ‘Cryin’, ‘I don’t wanna miss a thing’, ‘Dream On’ and so many more. The group is made of the vocals Steven Tyler, Joe Perry and Brad Whitford at guitars, the bassist Tom Hamilton and the drummer Joey Kramer. ‘Aerosmith will cross the Atlantic again with one of the biggest rock shows ever seen and will undoubtedly be the supreme event to be seen in 2017 because the band will start the ‘good-bye’ tour, saying ‘Aero-Vederci Baby!’, it is mentioned in a press release of the band.

In a video message published on the official Twitter account of the band, Perry and Tyler announced the European tour and Tyler asked: ‘Is there any truth in the rumors that it might be the last ‘hurray’?’. To which Perry answered: ‘Who the hell knows?’. The tour will begin in Tel Aviv, Israel, in May, then the band will have concerts in Germany, Russia, Georgia and in the rest of Europe until the beginning of July. During this tour, Aerosmith will also play at different festivals such as Hellfest in France, Download Festival in the United Kingdom and Sweden Rock. Until now, there is no information related to the data of the concerts from outside Europe. Aerosmith has recently performed a series of concerts in the Latin America.

When it comes to ransomware, you don't always get … END_OF_DOCUMENT_TOKEN_TO_BE_REPLACED

Peyton Carr is a financial advisor to founders, … END_OF_DOCUMENT_TOKEN_TO_BE_REPLACED