You are here: Home / Business / American Marines arrive in Norway and upset Moscow 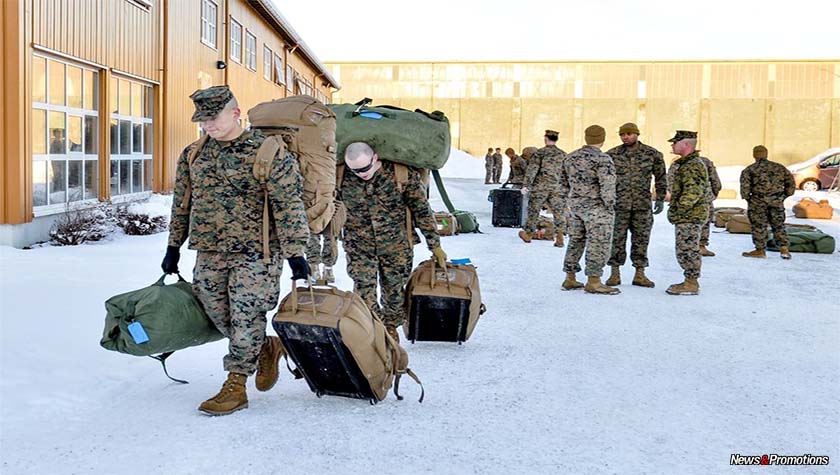 About 300 American Marines landed in Norway for a deployment of six months, the first time after the Second World War, when the foreign troops are allowed to stand in this Scandinavian country, for the irritation of Russia, reports Reuters and the AFP. Arrived on the board of a rent Boeing 747, the Marines landed with guns and luggage on the airport in Vaernes in the vicinity of Trondheim, in accordance with the images broadcast by the Norwegian television. A NATO member country, Norway announced in October that it has accepted a request from the USA for the deployment of troops on its territory.

This presence, by rotation in order not to cause the angry of Moscow, is presented as a one year test which is designed to allow the training of the Marines together with the Norwegian army in rough conditions. The initiative provoked the dissatisfaction of Russia on the background of the increasing tensions with the West on the conflict in Syria and the crisis in Ukraine. ‘This will definitely not improve the security situation in the Northern Europe’, stated the spokesman of the Russian embassy in Oslo, Maximum Gurov, in an e-mail sent to the AFP. Norway has committed, before becoming a founding member of NATO in 1949, to not allow the presence on its territory, of foreign fight forces ‘as long as it (Norway) is not attacked or threatened to be attacked’.

The Norwegian Government said that NATO troops are regularly prepared in the country and that the deployment of troops by rotation is not equivalent to the opening of a permanent base of the USA on the territory of Norway. Until now, the American army has in Norway a large quantity of military materials stored in tunnels dug in the mountains, but not of any troops.

When it comes to ransomware, you don't always get … END_OF_DOCUMENT_TOKEN_TO_BE_REPLACED

Peyton Carr is a financial advisor to founders, … END_OF_DOCUMENT_TOKEN_TO_BE_REPLACED