You are here: Home / Entertainment / Angelina Jolie moves with the kids to Malibu and is comforted by Johnny Depp 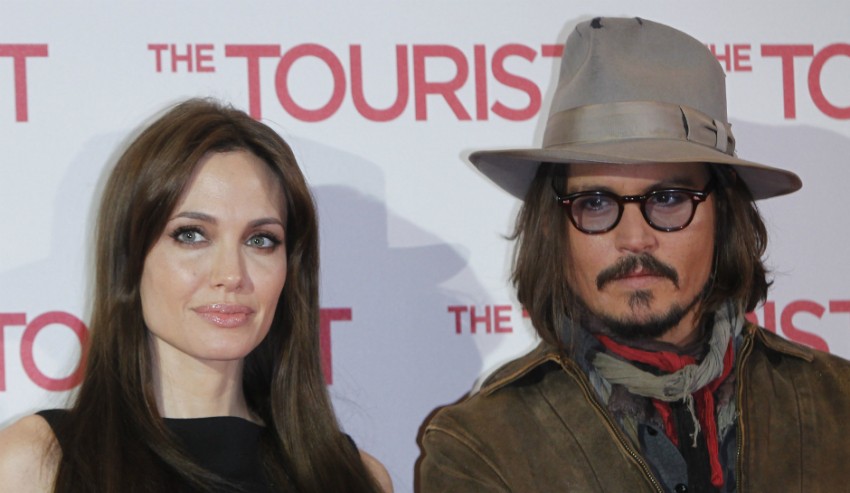 One week after filing divorce from Brad Pitt, Angelina Jolie moved with her 6 children in Malibu, according to the Spanish paper La Vanguardia. The property is at 50 minutes away from the house where she lived with Pitt. Jolie rented the 400 square meters Malibu house for $95.000 per month. This property has a gym hall, big garden, five rooms, five bathrooms and a swimming pool. Brad Pitt remained in the Los Felices house, being devastated by the divorce and by the federal investigation started against him, considering that the FBI investigates a supposed verbal and physical aggression of the actor upon one of his children. The facts would have happened in a private jet at the family returning to LA from France, in September. This incident would be the reason for the Jolie’s decision to divorce and to ask the custody of the 6 children.

Pitt announced that he will fight for the custody sharing. According to the American mass-media, Angelina would have blocked the phone of Pitt to avoid receiving messages and calls from him and he is totally devastated by this issue that caught him totally unready. According to the media, the 52 old actor is devastated because he didn’t think that the threatening of the divorce will be definitive although there were warnings. The actor wanted to save his marriage and was ready to do everything for this. On the other hand, a supposed close person of Angelina Jolie said, for the British tabloid The Sun, that Angelina got really close to Johnny Depp, after the two of them filmed ‘The Tourist’. She became his confidant and shares with him the difficult moments he goes through. This source says that Jolie and Depp were already talking often when Amber Heard asked the divorce of Depp.

When it comes to ransomware, you don't always get … END_OF_DOCUMENT_TOKEN_TO_BE_REPLACED

Peyton Carr is a financial advisor to founders, … END_OF_DOCUMENT_TOKEN_TO_BE_REPLACED