You are here: Home / Business / Antony Jenkins to Step Down as Barclays Chief Executive 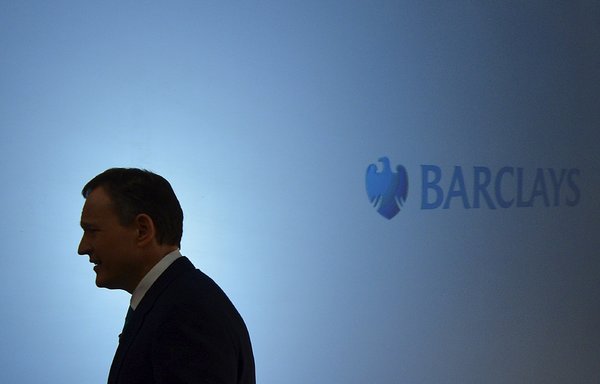 Barclays, the British bank, said on Wednesday that its chief executive, Antony Jenkins, was stepping down in a shake-up of its top leadership. Barclays is the latest European lender to replace its top executive this year, as banks look to adjust to a new environment of tighter regulatory scrutiny and to move beyond a series of legacy issues and investigations that have plagued results.

Credit Suisse and Standard Chartered both added new chief executives this year as they reshaped their businesses.

John McFarlane, who replaced David Walker as the Barclays chairman this year, will become executive chairman pending the appointment of a new chief executive, Barclays said.

Mr. Jenkins, who replaced Robert E. Diamond Jr. as chief executive during an interest rate-rigging scandal in 2012, will step down and be replaced by Mr. McFarlane on July 17. A search for a successor to Mr. Jenkins is underway, Barclays said.

“I reflected long and hard on the issue of group leadership and discussed this with each of the nonexecutive directors,” Michael Rake, the Barclays deputy chairman and senior independent director, said in a news release.

“Notwithstanding Antony’s significant achievements, it became clear to all of us that a new set of skills were required for the period ahead,” Mr. Rake said. “This does not take away from our appreciation of Antony’s contribution at a critical time for the company.”

The bank is expected to report its second-quarter results on July 29 and may have an update on its search for a new top executive then.

Barclays is in the midst of a restructuring in which it has slashed the size of its investment bank. It is also focusing on several core or growing businesses, which include its corporate and retail bank in Britain, its African banking business and its Barclaycard credit card operations.

The lender said the replacement of Mr. Jenkins did not reflect “any major change” in its strategy.

Despite its efforts to reshape its business, the bank has continued to have its results dragged down by provisions for past misconduct.

In April, the bank reported that its first-quarter profit fell 52 percent as it booked 800 million pounds, or about $1.2 billion, in additional legal provisions for potential fines and settlements.

In May, Barclays was among four large banks that pleaded guilty to a series of federal crimes in the United States over a plot to manipulate the world’s currency markets.

“Arriving at Barclays with a fresh perspective, it is evident that we have a standout brand with first-class retail, commercial and investment banking businesses,” Mr. McFarlane, who was previously chairman of the British insurer Aviva, said in a news release.

“Nevertheless, we are leaving value on the table and a new approach is required,” he said. “As a group, if we aspire to bring shareholder returns forward, we need to be much more focused on what is attractive, what we are good at, and where we are good at it.”

Mr. Jenkins was elevated to the top spot at Barclays in the summer of 2012 as the bank was reeling from the fallout of its decision to become the first lender to settle accusations that its traders conspired to manipulate a global benchmark interest rate known as the London interbank offered rate, or Libor.

The admission of wrongdoing damaged the bank’s reputation, and Mr. Diamond was forced out as chief executive under pressure from regulators.

Mr. Jenkins, 53, began his career at Barclays after completing the lender’s management training program, holding various roles in its corporate and retail bank. He then moved to Citigroup and returned to Barclays in 2009 as chief executive of its Barclaycard business. He was named chief executive in August 2012.

“In the summer of 2012, I became group chief executive at a particularly difficult time for Barclays,” Mr. Jenkins said in a news release. “It is easy to forget just how bad things were three years ago both for our industry and even more so for us. I am very proud of the significant progress we have made since then.”

When it comes to ransomware, you don't always get … END_OF_DOCUMENT_TOKEN_TO_BE_REPLACED

Peyton Carr is a financial advisor to founders, … END_OF_DOCUMENT_TOKEN_TO_BE_REPLACED