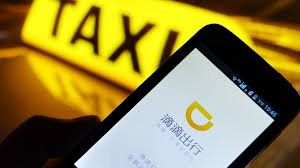 Is an iCar showing up on our crystal balls? It sure looks like it after it was announced on Thursday that Apple has invested $1 billion in China’s biggest ride-sharing company Didi Chuxing. According to Apple CEO Tim Cook, the strategic move was made to help the company better understand the Chinese market, the second largest after the U.S.

“We are making the investment for a number of strategic reasons, including a chance to learn more about certain segments of the China market,” Cook told Reuters.

The investment comes at a crucial time for Apple seeing it has had a few upsets in the Chinese market in the past few months. On top of flagging sales, Apple was also blocked from selling iBooks and movies in the country.

Didi Chuxing, formerly known as Didi Kuaidi, is the country’s most popular ride-sharing service and completes more than 11 million rides a day. Didi also holds several international partnerships with other ride-sharing companies such as Lyft.

In a statement released following the announcement, Cook said that “Didi exemplifies the innovation taking place in the iOS developer community in China” and that Apple was “extremely impressed by the business they’ve built and their excellent leadership team, and we look forward to supporting them as they grow.”

Although no further information was provided on what this spells for both companies, it’s worth noting that Apple has in the past year employed many automotive experts. Cook also mentioned that he sees opportunities for both companies to collaborate in the future.

This is the single largest investment that Didi has received. Previous investors include Alibaba and Tencent.

When it comes to ransomware, you don't always get … END_OF_DOCUMENT_TOKEN_TO_BE_REPLACED

Peyton Carr is a financial advisor to founders, … END_OF_DOCUMENT_TOKEN_TO_BE_REPLACED