You are here: Home / Entertainment / Arkansas Student is now the new Miss America! 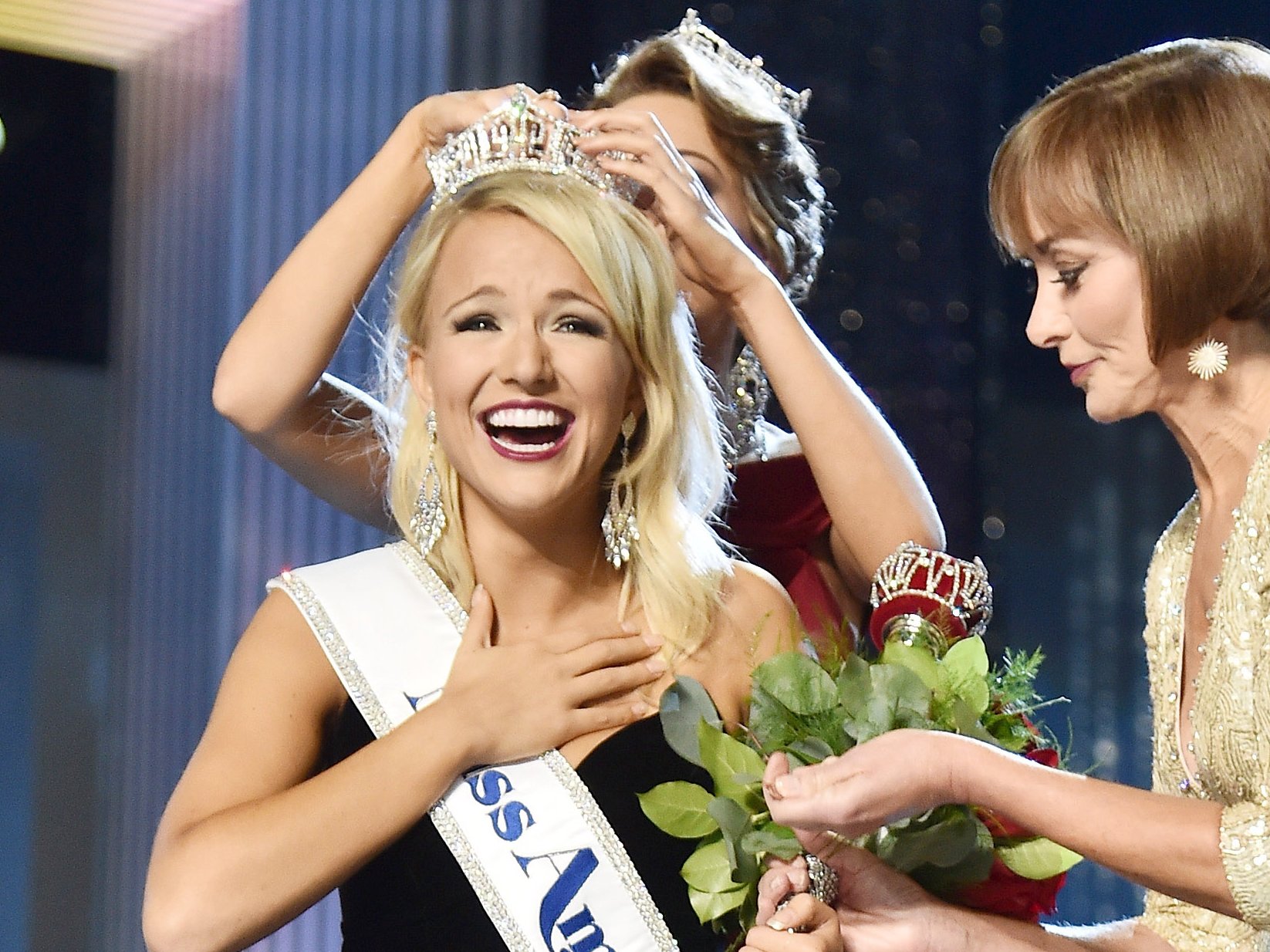 Savvy Shields, an Arkansas native and student at the Arkansas University was crowned Miss America 2017. She is 21 years old and was born in Fayetteville. It is also the first time in the history of this competition when a declared homosexual girl takes part. Her name is Erin O’Flaherty and she is one of the 52 candidates. Shields received the crown from the precedent laureate, Betty Cantrell, in the applause of the public gathered in the Atlantic City hall. This year, the jury members were: the singer Ciara, the Olympic champion gymnast Gabby Douglas and Mark Cuban – the owner of the Dallas Mavericks NBA basketball team. The winner of the 96 edition of Miss America, impressed the jury with a dance number on Jazz music and with her answers regarding the politics promoted by Hillary Clinton.

Savvy was one of the 7 finalists that have 20 seconds to answer to some questions on controversial and actual subjects such as the politics of the two candidates at the USA presidential elections and the immigration. Invited to say her opinion about Hillary Clinton, the representative of the Arkansas state said that if you try to become the leader of the free world, then all you say and all you do matters. She also said that the media gave such a sensational character to the election campaign that it became hard to say what is fact and what is scandal and that the both candidates did a good job but they have to pay attention on what they do. The Miss America’s winner receives an annual salary estimated at a six-figure amount, the payment of all expanses for one year and a $50,000 scholarship. Donald Trump, the republican candidate in the White House, was until 2015 the co-owner of the Miss America contest.

When it comes to ransomware, you don't always get … END_OF_DOCUMENT_TOKEN_TO_BE_REPLACED

Peyton Carr is a financial advisor to founders, … END_OF_DOCUMENT_TOKEN_TO_BE_REPLACED