You are here: Home / Featured / Armed attack at a mosque in Quebec, Canada, ended with six dead 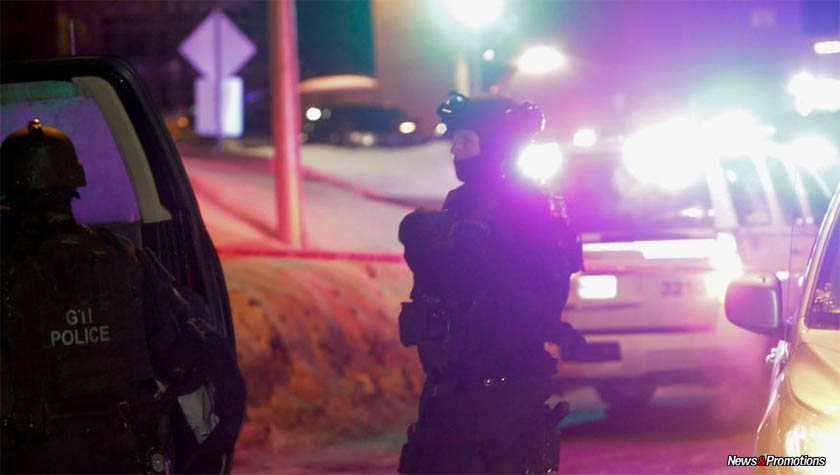 The Canadian premier Justin Trudeau condemns the ‘terrorist attack’ in which two men opened the fire on a number of people at the end of the prayer in a mosque in Quebec, resulting six dead and eight wounded, according to the AFP. ‘We condemn this terrorist attack on Muslims in a centre of worship and refuge’, Trudeau said in a communicate. While the investigation is in progress and ‘the details continue to be confirmed, it is heartbreaking to see that such a gesture of violence without sense was committed’, added the chief of the Canadian Government. Two men wearing masks entered in the center of the Islamic cultural center from Quebec (in the South-East of Canada) on Sunday night around the local time 19:30 (00:30 GMT), according to the witnesses who were meeting for the end of the last prayer of the day. The two individuals opened the fire on the people present and then run away.

The police arrived quickly on the place, and arrested two suspects. Christine Coulombe, a Quebec police spokesman said that: ‘Six people are confirmed dead — they range in age from 35 to about 70.’ ‘Tonight, Canadians grieve for those killed in a cowardly attack on a mosque in Quebec City. My thoughts are with victims & their families’, wrote Justin Trudeau on his Twitter page. Zebida Bendjeddou, who was at the mosque on the Sunday evening, said that the center had received threats. ‘In June, they’d put a pig’s head in front of the mosque. But we thought: ‘Oh, they’re isolated events’. We didn’t take it seriously. But tonight, those isolated events, they take on a different scope.’ ‘Muslim-Canadians are an important part of our national fabric, and these senseless acts have no place in our communities, cities and country’, said Trudeau.

When it comes to ransomware, you don't always get … END_OF_DOCUMENT_TOKEN_TO_BE_REPLACED

Peyton Carr is a financial advisor to founders, … END_OF_DOCUMENT_TOKEN_TO_BE_REPLACED