You are here: Home / Business / The art collection of David Bowie was sold for 33 million pounds 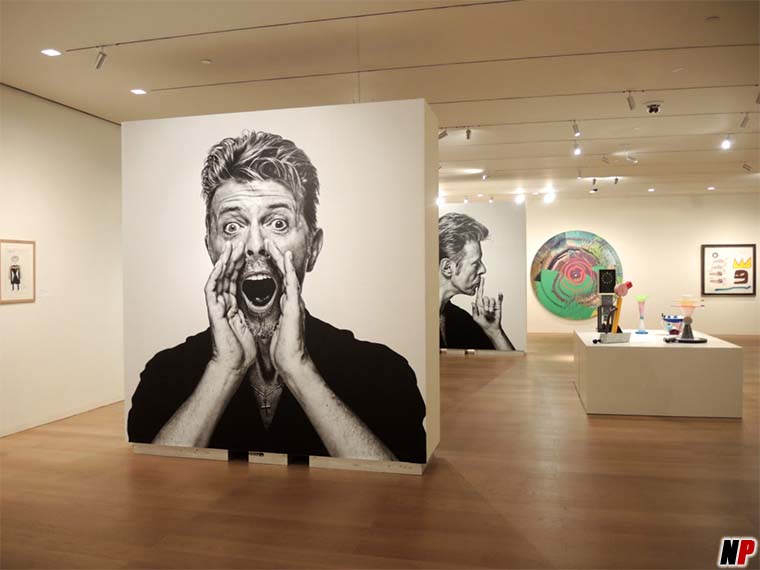 The vast collection of art objects that belonged to David Bowie was sold for $41.4 million, exceeding the amount estimated by the organizers, according to a press release issued on Saturday by Sotheby’s. The auction took place for two days, Thursday and Friday, and among the most expensive objects which have found their buyer are the canvas ‘Air Power’ by Jean-Michel Basquiat, made in 1984. The painting was bought for the sum of 7,09 million pounds, compared to an estimated amount of 3.5 million pounds. Another picture of Basquiat, ‘Untitled’, was acquired for 2,4 million pounds, compared to an estimation of 500.000-700,000 pounds.

The artist from New York, Jean-Michel Basquiat, died as the result of an overdose in 1988, at the age of 27 years. The first night of the auction dedicated to David Bowie’s art collection ended with 24,3 million pound sales. ‘Head of Gerda Boehm’, an oil painting from 1965, signed by Frank Auerbach was sold for 3.8 million pounds, compared to an estimated 500,000 pounds. Also, a circular painting co-signed by Hirst and Bowie, and called ‘Beautiful, hallo, space-boy’, referring to the character – astronaut Major Tom created by David Bowie, was purchased for the sum of 785.000 pounds.

The collection included pieces of the Italian artist Ettore Sottsass and of the Memphis group which introduced the pop-art elements in the desk furniture design. The pieces were sold for 1.3 million pounds – ten times more than the estimated sum. According to Sotheby’s, all the objects put out to auction were sold. The family members of the famous musician, who died in January at the age of 69 years, kept some works of art with sentimental value and sold the rest of the collection. The Sotheby’s Europe president, Oliver Barker said the auction was like a celebration dedicated to Bowie.

When it comes to ransomware, you don't always get … END_OF_DOCUMENT_TOKEN_TO_BE_REPLACED

Peyton Carr is a financial advisor to founders, … END_OF_DOCUMENT_TOKEN_TO_BE_REPLACED