You are here: Home / World / Astronaut Scott Kelly More of an Environmentalist After Space-Cation 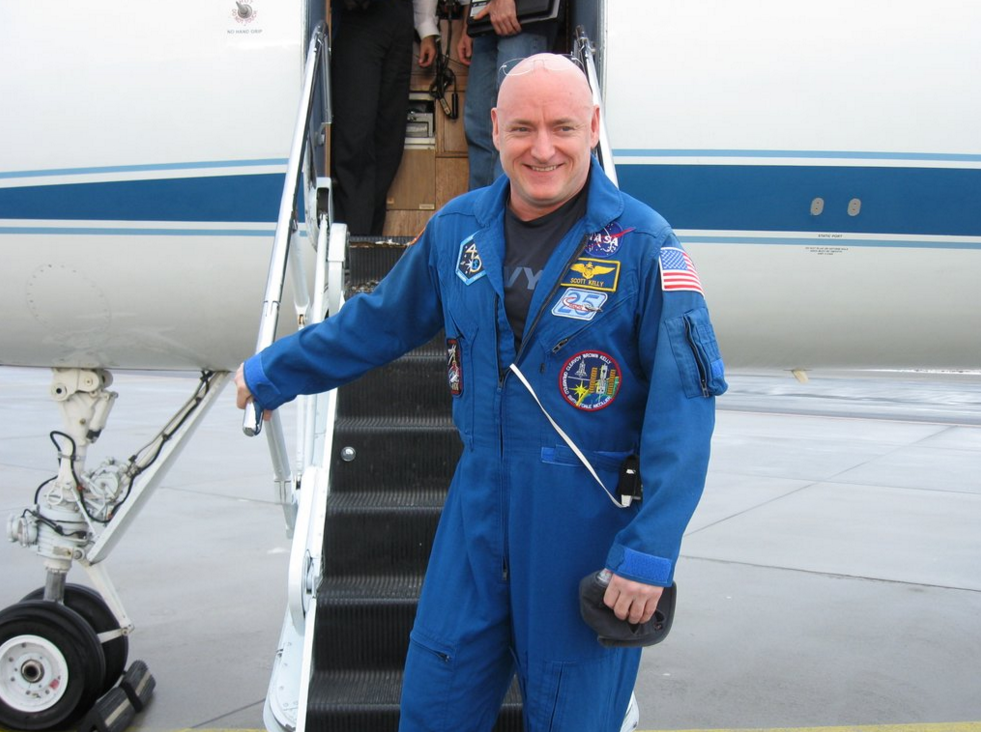 NASA astronaut Scott Kelly touched down on Earth last night after nearly a year aboard the International Space Station (ISS) — 340 days, the longest time of any American. Kelly and Russian cosmonauts Mikhail Kornienko and Sergey Volkov returned aboard Russia’s Soyuz capsule, safely landing on the steppes of Kazakhstan just before midnight Eastern Time. He’s on his way back to the U.S., and will be greeted in Houston by NASA officials, Jill Biden, and his identical twin brother.

#Thanks for following our #YearInSpace The journey isn’t over. Follow me as I rediscover #Earth! See you down below! pic.twitter.com/7byNy6fMG4

During his extended time in low-Earth orbit, Kelly had the unique opportunity to observe Earth’s surface and atmosphere as it moved through a year’s worth of seasons. Throughout his stay aboard the ISS, he shared his experience through posts and spectacular photos on social media. And like astronauts before him, Kelly’s unusual perspective of Earth has made him realize how fragile it is — and how important it is to protect it.

“The more I look at earth and certain parts of Earth the more I feel more of an environmentalist,” Kelly said in his last press conference from the ISS.

“There are definitely areas where the earth is covered with pollution almost all the time. And it’s not good for any of us. There weather systems that I’ve seen while I was up here that were places that were unexpected. Storms bigger than we’ve seen in the past. And this is a human effect. You can tell that that is not a naturally occurring phenomenon.”

Although it can be difficult to separate the effect of climate change and natural variability when talking about a single weather event, there’s a growing body of evidence linking the recent rise in extreme weather patterns to man-made changes in the environment.

“While [Kelly] has been up in space, we’ve observed the strongest storm (Hurricane Patricia, late Oct 2015) ever measured on the planet. That was in the Northern Hemisphere. Meanwhile, we also saw the strongest storm ever recorded in the southern hemisphere (Winston, late Feb 2016),” Michael Mann, director of the Earth System Science Center at Pennsylvania State University, told ThinkProgress in an email.

“There is a growing consensus within the scientific community that climate change is leading to an increase in the intensity of hurricanes, typhoons, and tropical storms” Mann said.

Then there’s the matter of the pollution blanketing areas of the planet — a theme that Kelly’s brought up a few times.

This is a good example of the air pollution that exists across large parts of Asia. #YearInSpace pic.twitter.com/GdVd3GSdJ2

“There are definitely parts of Asia, Central America that when you look at them from space, you’re always looking through a haze of pollution,” Kelly told CNN. “As far as the atmosphere is concerned, and being able to see the surface, you know, I would say definitely those areas that I mentioned look kind of sick.”

Not only do those parts of the earth look sick, they’re also making people sick.

Outdoor air pollution killed around 3.3 million people while Kelly was in space, according to a study published in Nature. Seventeen percent of all deaths in China are related to air pollution. According to a major report published in The Lancet, air pollution is among the most serious indirect health effects of global warming — and if worldwide emissions continue at their current rate, the yearly death toll is only predicted to rise.

According to Mann, Kelly’s new environmental fervor is like that of another famous scientist and public figure.

“His evolution as an environmentalist seems to mirror the experiences of Carl Sagan, whose concern about our environment and environmental sustainability was a natural outgrowth of his love of cosmology, planetary science, and space exploration,” Mann said.

Though it must be noted that astronauts aren’t climate scientists, it seems there’s something special about seeing the earth from space that emphasizes just how precious it is.

“Earthrise,” the iconic image captured by the Apollo 8 astronauts from the moon in 1968, is credited with galvanizing the fledgling environmental movement. Over the barren edge of the moon, people for the first time saw the earth as a fragile, living sphere surrounded by the blackness of space. The late photographer Galen Rowell called it “the most influential environmental photograph ever taken.” 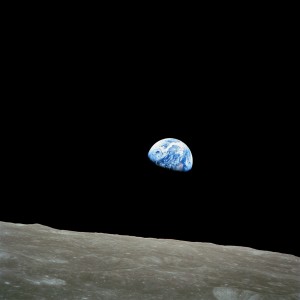 And in 2013 Canadian Astronaut Chris Hadfield, who spent 146 days aboard the ISS, also described how watching earth from space made him reflect on what humans have done to the environment.

“We just need to be more responsible in the decisions we make and think of the longer term, more than five years, more than the upcoming elections, more than just one lifespan, and think about our grandchildren and even further,” Hadfield told told Canadian reporters before he returned from space.

In the 340 days he spent aboard the ISS, Kelly conducted roughly 400 experiments, according to NASA, and still is one himself. His long stay was part of a mission examining the effect of extended space travel on the human body and mind. Upon return, Kelly is in for a battery of medical tests as scientists try to figure out how to prepare astronauts for long-term, deep space travel as NASA looks toward Mars. Kelly’s twin brother Mark, also an astronaut, stayed on Earth as a “control” against which scientists can measure the effect of space on Scott Kelly’s body. Scientists will continue monitoring him (and his twin brother) over the next year.

Kelly’s social media personality and prolific photography, however, are what most people know him for — and in the end, his photos may be one of the biggest legacies of the mission. Like Earthrise, they show us, again and again, Earth from a perspective most will never have the opportunity to see.

Leaving the planet showed Kelly the importance of protecting it. It’s a lesson he’s bringing home with him — as well as a message of hope.

“One of the things I’ve learned by living up here….if we can dream it we can make it so. So I hope to do more when I get home in helping protect earth,” Kelly said.

When it comes to ransomware, you don't always get … END_OF_DOCUMENT_TOKEN_TO_BE_REPLACED

Peyton Carr is a financial advisor to founders, … END_OF_DOCUMENT_TOKEN_TO_BE_REPLACED