You are here: Home / Business / The attacker from the New Year’s night in Istanbul was coordinated by the Islamic State 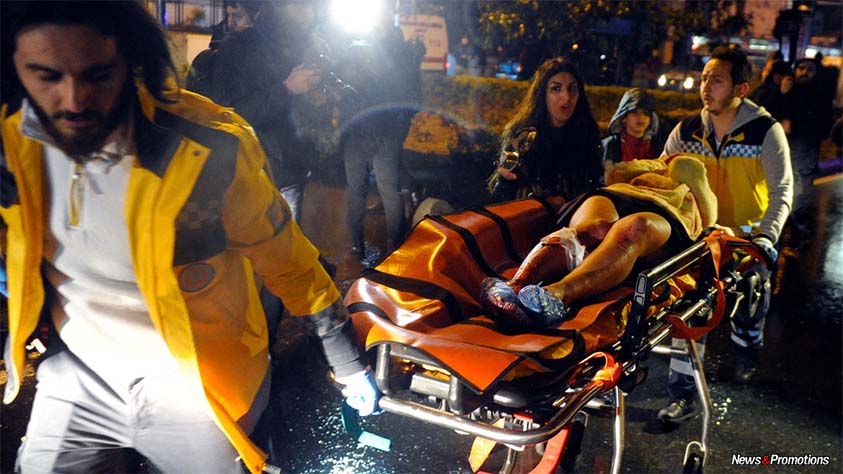 The attacker who killed 39 people in a club in Istanbul in the New Year night said to the police that he had to change the target at the last moment in order to avoid strong security devices and that he has acted on the orders of the Islamic State in Syria, according to Hurriyet, quoted by Reuters. The armed attacker, called Abdulgadir Masaripov, had as the original goal to attack the area around the central market Taksim and he said that the instructions had come from Raqqa, a bastion of the Islamic State in Syria, according to Hurriyet, quoting the testimony of the attack’s author of the documents of the police. Abdulgadir Masaripov was caught on Monday evening in a raid of police to Esenyurt, a suburb in the West of the Istanbul and after two weeks of searches. He was caught with an Iraqi man and three women from Africa, one from Egypt.

On the New Year’s Eve night, he took by assault the night club Reina and opened the fire on the crowd with an automatic gun, throwing grenades in order to be able to load the weapon and to shoot the injured people that were on the floor. The Islamic state has claimed the attack next day, saying that it has been a revenge for the military involvement of Turkey in Syria. The Turkish troops have entered in August 2016 in Syria to push the Islamic State away from the border and it also stopped the advance of the Kurd militias.

The governor of Istanbul, Vasip Sahin, said that Abdulgadir Masaripov has admitted his guilt and that his fingerprints match with those from the place of the attack. Sahin told about the attacker that he is well educated, speaks four languages and that it has been trained in Afghanistan.

When it comes to ransomware, you don't always get … END_OF_DOCUMENT_TOKEN_TO_BE_REPLACED

Peyton Carr is a financial advisor to founders, … END_OF_DOCUMENT_TOKEN_TO_BE_REPLACED