You are here: Home / Business / An Australian film maker meets a shark from the Great White species 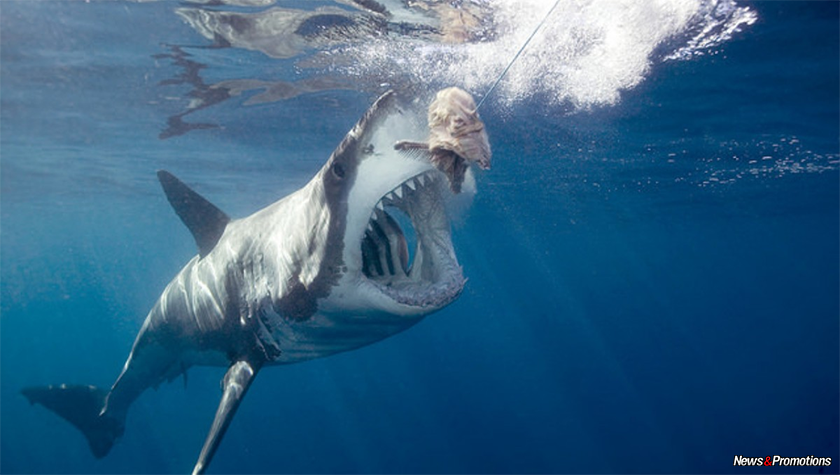 A filmmaker from Australia who was shooting under water only a few meters from the shore, had an unexpected meeting, when the massive shark of the Great White species, of 4,5 meters, circled him several times, reports the Australian media quoted by the DPA. Ash Gibb said in a statement to the national ABC television that he was shooting a fish in Lucky Bay at about 60 km from the town of Esperance from the West of Australia, when he felt a touch from the back. ‘I dove down. I was in about five meters of water getting a great shot of this fish and I felt this massive thump from behind.

Very quickly I saw the great white shoot into the picture’, he said. In the video posted on YouTube it is seen how the shark seems to follow Gibb closely, making circles around him a few times, withdrawing twice and then suddenly turning and heading straight toward him, to finally stop very close to the man. ‘The biggest thing for me was just focusing on my breathing. I didn’t want to show that I was scared. I reminded myself of my belief about sharks, which is the fact that they don’t eat humans on purpose. We’re not their food. I think that’s sort of what got me through a lot of nerves, because it was very intense. Even though I wanted to go and do that, it was a very testing situation.

I went there to show people that they [sharks] are beautiful creatures, so there was no chance of me fleeing that situation,’ Gibb said. ‘I was there to film. I got the opportunity. The chances of that actually happening are one in a million, so I took that opportunity and did my best to keep my hand steady, and capture it on film’, he added.

When it comes to ransomware, you don't always get … END_OF_DOCUMENT_TOKEN_TO_BE_REPLACED

Peyton Carr is a financial advisor to founders, … END_OF_DOCUMENT_TOKEN_TO_BE_REPLACED