You are here: Home / Lifestyle / Baby bandicoot spotted curled up with a mother duck in a nest along with her ducklings 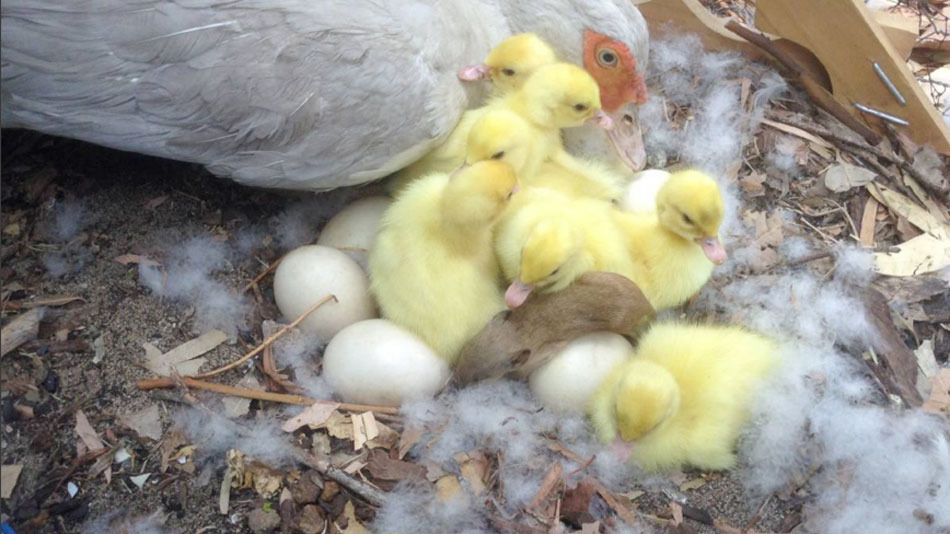 A baby bandicoot in Mandurah, Western Australia just wants some cuddle time, and it doesn’t care who with.

The tiny creature, a marsupial native to Australia, was spotted curled up with a mother duck in a nest along with her ducklings, the Mandurah Mail reported.

The duck belonged to a man named Rex, who said he came across the unlikely trespasser on his property when checking on the nest and its eggs, which had not yet hatched.

Even once the ducklings emerged, the bandicoot stayed put. “I went to check on the eggs and a little bandicoot had made its way underneath,” he told the outlet. “The mother duck hasn’t taken offence to the little fella.”

According to Rex, the bandicoot’s mum must be keeping an eye on her baby given it’s still in good health.

Although he was briefly taken aback by the pairing, Rex said he’d seen plenty of natural oddities during his life on the land.

“I wasn’t that surprised, I’ve seen a lot of strange things in nature over my time,” he explained. “I’ve seen a kangaroo fornicate with an emu; I’ve seen an eagle fly down and pick up a snake then drop it and then fly back down to get it.”

In Western Australia, apparently, a bandicoot with a duck is just another day.

When it comes to ransomware, you don't always get … END_OF_DOCUMENT_TOKEN_TO_BE_REPLACED

Peyton Carr is a financial advisor to founders, … END_OF_DOCUMENT_TOKEN_TO_BE_REPLACED