You are here: Home / Business / Baby Dinosaur tail was discovered inside a piece of amber 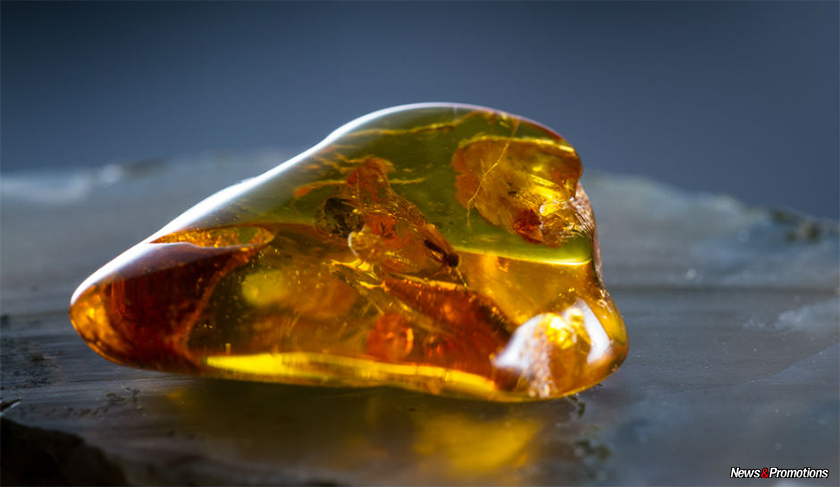 A piece of a dinosaur tail old of 99 million years, with feathers, bone and soft tissue was discovered in amber, an unprecedented discovery that can tell a lot about the structure and the evolution of the feathers of these disappeared animals. Analyzing the tail’s structure, the researchers concluded that the tail was from a young Coelurosaur, from the Theropod dinosaur species that includes even the modern birds. ‘We can be sure that it is a dinosaur because the spines are not welded onto a croup, as is the case of the modern birds or of their ancestors’, said Ryan McKellar, invertebrate paleontology curator at Canada’s Royal Saskatchewan Museum. ‘On the contrary, the tail is long and slender, with feathers distributed on each side, which means this is a dinosaur, not a prehistorical bird’, underlined the paleontologist.

Even if the whole tail was covered with this type of feathers, the dinosaur could not fly, according to the researchers. Such feathers had other functions such as the thermal regulation and the attraction of the partners. According to Linda Xing, a paleontologist at the China University of Geo-sciences and the head of this research, this discovery allows the researchers to understand better the structure and the evolution of the plumage of these prehistoric extinct animals that disappeared 62 million years ago. This piece of semi-translucent resin, with the shape and the size of a dried apricot, captures one of the first moments of the differentiation between the feathers of the birds that could fly and dinosaur feathers.

The piece of amber was discovered by Linda Xing in 2015, in an amber market from the Hukawng Valley in Kachin state, the Northern Myanmar and was called ‘Eva’, as an honor to the paleontologist Eva Koppelhus, the wife of Philip Currie, the co-author of this research.

When it comes to ransomware, you don't always get … END_OF_DOCUMENT_TOKEN_TO_BE_REPLACED

Peyton Carr is a financial advisor to founders, … END_OF_DOCUMENT_TOKEN_TO_BE_REPLACED