You are here: Home / Entertainment / Barack Obama learned to practice the Kitesurfing on the billionaire Richard Branson’s island 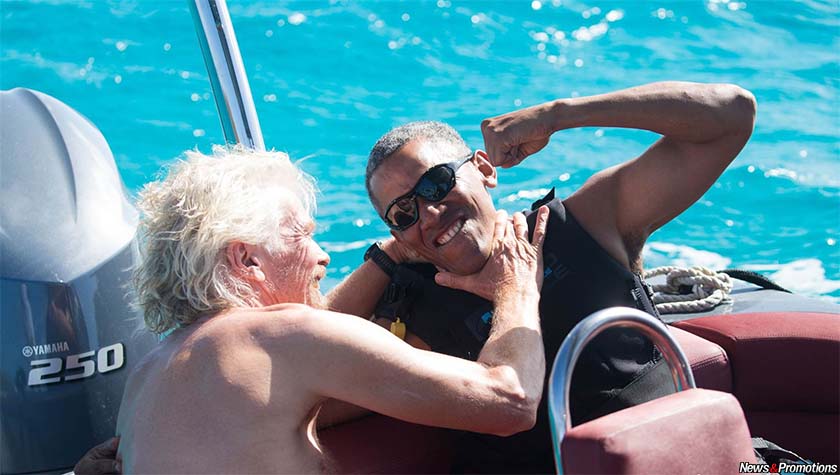 The former American president Barack Obama tries some new and dangerous water sports he could not practice for safety reasons when he was in the Oval Office of the White House, informs the AFP and Reuters. Obama learned to practice Kite-surfing and Kite-boarding the last week in while he was on a holiday on a Caribbean island, a property of the British billionaire Richard Branson, who made public more images on this topic. The photos posted on the Branson company’s website, Virgin Group, show Barack Obama, who is a huge fan of surfing, learning to practice the more and more popular sport in which the people move on the water on a surfing board being pulled by a kite.

One Lucky Guy I Tell You!!! 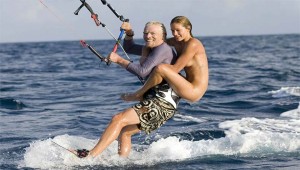 Barack Obama and his wife Michelle were seen last week in the British Virgin Islands, and people posted photos with them on the social network accounts. Branson owns an island of 48 hectares, the Mosquito Island, which is part of this archipelago. The billionaire bought the Mosquito Island in 2007 and built here a luxurious property which can accommodate 22 guests, according to the website of the complex. According to Branson, Obama studied this sport for two days and built a kite on the beach before entering the water. Richard Branson revealed that and he tries to learn a similar spot, the foil-boarding, which uses a modified board that rises above the water.

Branson wrote that he challenged the former president to see which of them will be able to learn first the chosen sport. The former president of the USA triumphed in this competition in two, said the British billionaire, managing to remain on the Kite boarding board over a distance of 100 meters. Richard Branson said that, considering all that Obama had done for the world, he can’t be angry with him for this victory.

When it comes to ransomware, you don't always get … END_OF_DOCUMENT_TOKEN_TO_BE_REPLACED

Peyton Carr is a financial advisor to founders, … END_OF_DOCUMENT_TOKEN_TO_BE_REPLACED