You are here: Home / Business / Barack Obama thanked his wife, in his good-bye speech 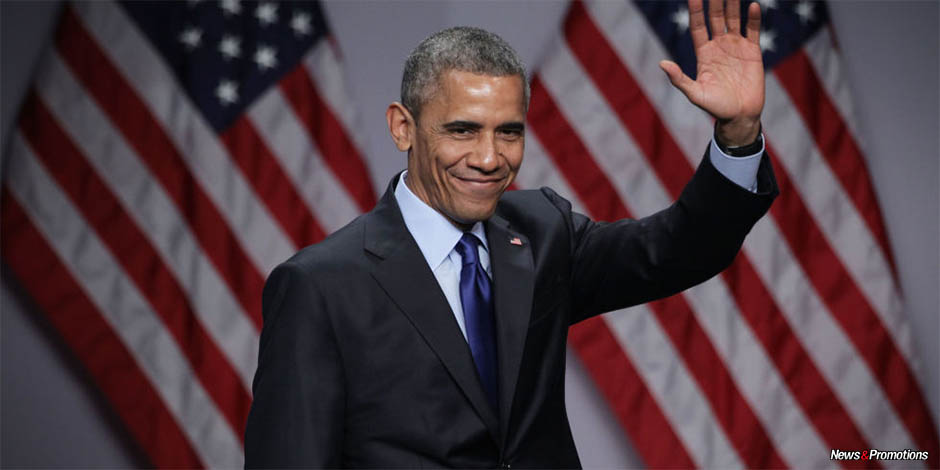 The American President Barack Obama had, on Tuesday evening at Chicago, in front of 18,000 persons, the good-bye speech at the end of the eight years of his mandate, a moment broadcast by the ABC, CBS, CNN, and other international mass-media. The president has made an overview of some of the main achievements of his two terms. He referred to the improvement of the economic climate, the reduction in unemployment, but also to the legalization of the homosexual marriages, the restoration of the diplomatic relations with Cuba, the nuclear agreement with Iran, achievements that, he said, did not seem possible in 2009, at the beginning of his mandate.

His successor, Donald Trump, didn’t hide his intentions to revoke many of the Obama administration’s policies and the public booed when Obama referred to the power transfer, according to the DPA. About the transition between his administration and the one of the republican, Obama said that it’s a peaceful one and asked the Americans for solidarity and to face the challenges together. Obama launched a warning concerning the political polarization, in the context in which more and more Americans isolate next to those that share their political opinions and exclude from the start any information that doesn’t confirm the already formed opinions.

At the end of the speech, Barack Obama has spoken, excited, about the role of the First Lady, Michelle Obama and their daughters, Sasha and Malia, had it in the eight years spent at the White House. ‘You took on a role you didn’t ask for and made it your own with grace and grit and style and good humour. You made the White House a place that belongs to everybody. And a new generation sets its sights higher because it has you as a role model. So, you have made me proud and you have made the country proud’, said Obama.

When it comes to ransomware, you don't always get … END_OF_DOCUMENT_TOKEN_TO_BE_REPLACED

Peyton Carr is a financial advisor to founders, … END_OF_DOCUMENT_TOKEN_TO_BE_REPLACED