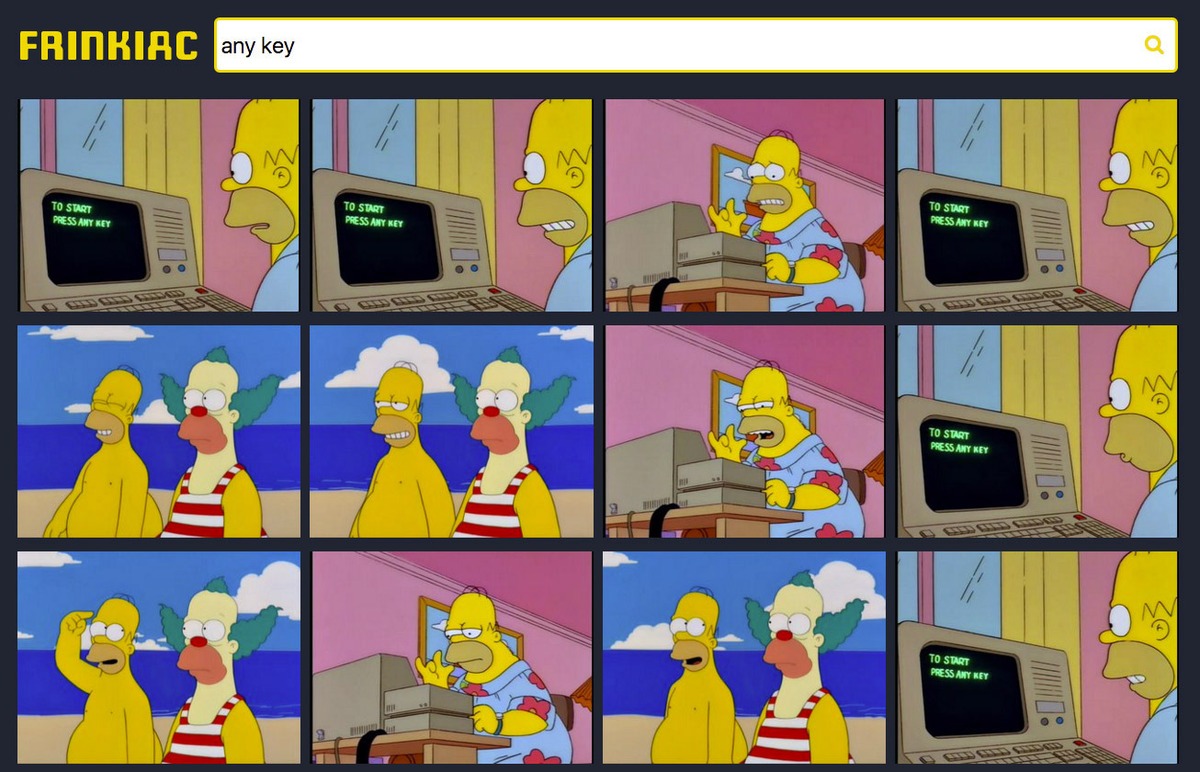 Are there times in life when what you’re trying to say is best expressed with a moment from The Simpsons?

Behold, the search engine that will make those craptacular expressions so much more “cromulent” with the Frinkiac, a catalogue of screenshots from the animated series.

Don’t worry die-hard fans, it only searches for episodes within the first 15 seasons, so your eyes won’t be tarnished by the crisp animation and 16:9 ratios of later seasons.

It’s creation of Sean Schulte, Paul Kehrer and Allie Young, who thought of the idea while throwing Simpsons quotes at each other a few years ago, then tried to find them online. “It was surprisingly difficult to find an image of the scenes we were quoting on Google,” Schulte told WIRED.

You can type an assortment of keywords, or just one, to find the screengrab you’ve been lusting for. You’ll be presented with a whole bunch that might be what you’re after, and if it’s not quite right, you can find other grabs from the same scene to make it perfect.

Once you’re in the screengrab you can meme it too, making it the perfect tool for distributing The Simpsons moments to all your friends and enemies.

For the brainiacs out there, Kehrer has provided technical details of the search engine, which parses episodes and creates screengrabs from them.

And that’s the end of that chapter.

When it comes to ransomware, you don't always get … END_OF_DOCUMENT_TOKEN_TO_BE_REPLACED

Peyton Carr is a financial advisor to founders, … END_OF_DOCUMENT_TOKEN_TO_BE_REPLACED