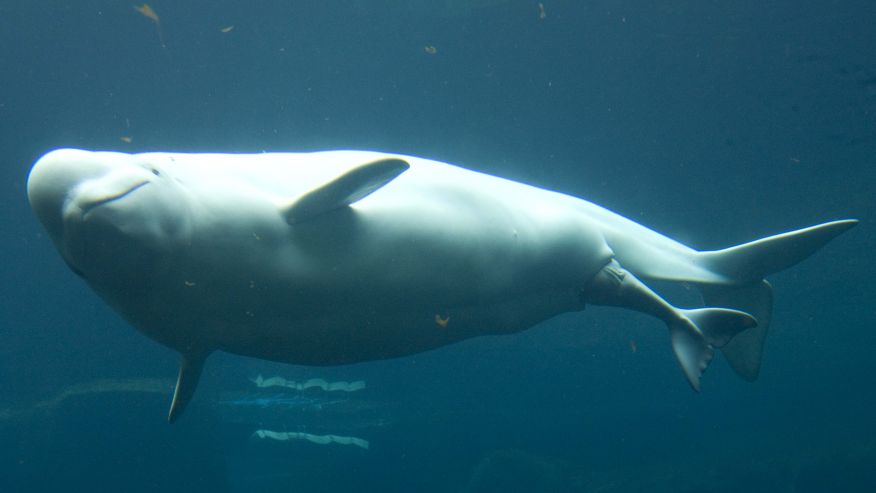 The Georgia Aquarium is locked in a legal battle with a federal agency over the denial of its request to bring 18 beluga whales from Russia for display in aquariums in the United States. The aquarium argues introducing new belugas into the captive population in the U.S. would diversify the gene pool, make the population more stable and broaden the database of research on belugas’ needs and capabilities.

The National Oceanic and Atmospheric Administration’s National Marine Fisheries Service, known as NOAA Fisheries, said the aquarium’s application for an import permit failed to meet some requirements of the Marine Mammal Protection Act.

The aquarium filed the application in June 2012, and NOAA Fisheries denied it in August 2013. The aquarium then filed a lawsuit in September 2013 asking a federal judge to overturn the denial, and both sides are set to present oral arguments in court Friday.

The two sides have asked the judge to make a decision on the merits of the case, based on court filings and oral arguments, without holding a trial.

The 1972 Marine Mammal Protection Act prohibits the capture of marine mammals in U.S. waters and by U.S. citizens elsewhere and also doesn’t allow the import of marine mammals and marine mammal products into the U.S. But it has some exceptions, including one that allows animals to be caught and imported for public display by applicants meeting certain qualifications.

The 18 belugas the aquarium seeks to import originate from the Sea of Okhotsk in northern Russia and were collected by scientists there in 2006, 2010 and 2011. They currently live in the Utrish Marine Mammal Research Station in Russia.

If the permit is granted, the whales will be imported and owned by the Georgia Aquarium, and some would be transferred under breeding loans to Shedd Aquarium in Chicago, Mystic Aquarium in Connecticut and Sea World facilities in Florida, Texas and California, according to the application.

There are currently 29 belugas in captivity in the U.S., and about two-thirds of those were born in captivity, according to NOAA Fisheries. That captive population has an “inopportune distribution of ages and sexes” and would benefit from the introduction of new animals and new DNA, Georgia Aquarium spokesman Scott Higley said.

“If we don’t win here, the population of belugas in human care in North America would eventually cease to exist,” he said. “It’s just not currently a sustainable population.”

And the captive population is important, he said, because it allows observation and research that informs conservation efforts, as well as helping to educate the public.

But the agency said in its permit denial and in court filings that the aquarium did not adequately ensure that the import of the belugas would be unlikely to have an adverse effect on the population in the area where they were captured and that it would also likely result in future captures and allow the import of animals that were nursing when captured in violation of the law, the agency argued.

“Faced with a proposal to import 18 animals — five likely dependent on their mothers when captured — from a facility dealing in animals captured from a likely depleted stock subject to an unsustainable live capture trade, and the applicant’s non-precautionary analysis of available data, (the agency) rationally denied the request,” the agency said in a court filing.

The agency said its decision applies only to this particular permit request and that future requests could be granted if they meet the requirements.

The Georgia Aquarium argues in court filings that the denial of the permit is “arbitrary, capricious, and not in accordance with law.” NOAA Fisheries claimed the beluga population in the area where the whales were caught may be declining without presenting any evidence and that granting the permit could create a demand for belugas from other countries, the aquarium’s filing says.

The aquarium also contests the assertion that five of the 18 belugas were captured while still nursing, arguing those young whales all ate solid food right after being caught, which proves they were no longer dependent on their mothers’ milk.

When it comes to ransomware, you don't always get … END_OF_DOCUMENT_TOKEN_TO_BE_REPLACED

Peyton Carr is a financial advisor to founders, … END_OF_DOCUMENT_TOKEN_TO_BE_REPLACED