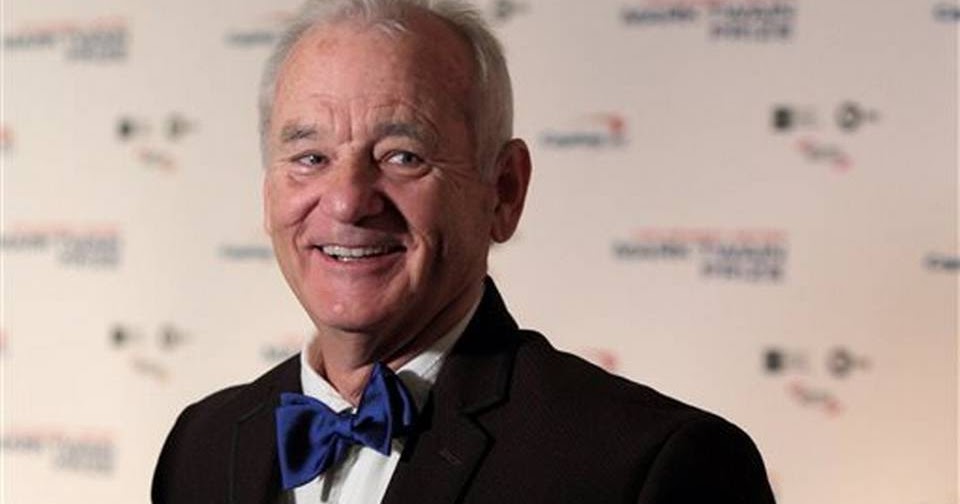 The actor Bill Murray received, on Sunday evening, the prestigious Mark Twain Prize for American Humor, during a ceremony held at the Kennedy Center in Washington, with the participation of many Hollywood stars.

Murray, the 65 years old star famous for some memorable films such as ‘Groundhog Day’, ‘Ghostbusters’ or ‘Rushmore’, claimed in front of the selected assistance that the success of his career has its roots in the love that he has for his family but it also exists due to the many talented people he has worked with for more than 40 years.

‘This is about love, it has brought us in the world, with it we get out of the world. I love you… try to repeat these words with each other,’ said Murray after he accepted the award. The actor, also famous for his spontaneity and for his lack of respect for the etiquette, gave the prize, a bust of Mark Twain, to circulate from hand to hand in the audience, in order to be seen by the curious people.

‘When I will not see it from here, then I will come down from stage’, added Bill Murray, before ending the moment with an interpretation of the song ‘Sweet Home Chicago’.

Nominated for an Oscar for his interpretation in ‘Lost in Translation’, Bill Murray has won two Emmy. The actor Steve Martin, also a winner of this award, appeared in a video in which he congratulated Murray for the distinction. ‘I want to tell you welcome to the club and to the Kennedy Center, I want to send the following message: … Really?’ The TV host Jimmy Kimmel characterized Murray as a genius and defiant extroverted that can escape from anything, regardless if he steals fries from the people’s plates or if he diverts a press conference at the White House.

When it comes to ransomware, you don't always get … END_OF_DOCUMENT_TOKEN_TO_BE_REPLACED

Peyton Carr is a financial advisor to founders, … END_OF_DOCUMENT_TOKEN_TO_BE_REPLACED