You are here: Home / Featured / Google Wants to Turn Your Clothes Into a Computer 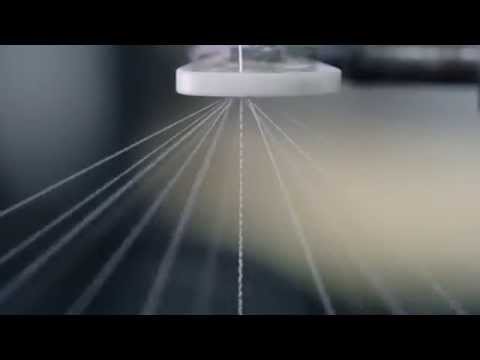 If you thought it was only a matter of time before Google tried to turn your pants into a computer, well, guess what, you were right. Google’s Project Jacquard is aimed at weaving computing capabilities into clothing.

On Friday, the second day of its annual developer conference, Google I/O, one of the search giant’s semi-secretive research divisions announced a project that aims to make conductive fabrics that can be weaved into everyday clothes. The effort, called Project Jacquard, is named for the French inventor of the Jacquard Loom, which revolutionized textile manufacturing and helped pave the way for modern computing.

Much like the screens on mobile phones, these fabrics could register the user’s touch and transmit information elsewhere, like to a smartphone or tablet computer. They are made from conductive yarns that come in a rainbow of colors and can withstand the clothing manufacturing process, so “can be woven into textiles on the same looms that are used to make traditional fabrics,” according to a Google news release.

Google also announced a new partnership with Levi Strauss in which the companies would try to make interactive garments that would allow people to do things like send someone a text message by swiping their jacket cuff. The companies said they were hoping to integrate the technology into an apparel line next year, but did not say what kind of clothes or how much they might cost.

Project Jacquard was one of several new projects to come out of Google’s Advanced Technologies and Products group, or ATAP. Others included Project Soli, an attempt to use tiny radars that can detect fine motions like hand gestures and finger movements, which could potentially allow someone to use their hand to manipulate any digital interface. Ivan Poupyrev, a Google researcher, demonstrated this by rubbing his fingers in the air, at which point a bead-sized ball on a screen responded to his gestures.

Google has no shortage of out-there projects, but so far most of the attention has gone to its Google X division, which is developing “moonshots” like self-driving cars and a drone delivery effort called “Project Wing.” ATAP is a similar concept in that its mandate is to come up with completely new products, but where the typical Google X idea might take a decade or so to come to fruition, ATAP tackles efforts that could hit the market in two to five years.

Also unlike Google X, whose executives are drawn to uplifting statements about making the world a better place, ATAP cloaks itself in a brash, techno-punk vibe. ATAP’s leader, Regina Dugan, was previously the director of the Defense Advanced Research Projects Agency.

Friday’s presentation was held in an auditorium that was throbbing with electronic music. Attendees walked in to see a screen that showed a Jolly Roger-style pirate skull that looked like it was spray-painted on a steel grate. Ms. Dugan entered to a darkened stage wearing a head-mounted microphone of the sort worn by pop stars who dance.

“So what kind of trouble have we made in the intervening 11 months and three days” since the last I/O, she said on stage. “A lot!”

Of course, the attendees were made up of the hardware and software developers for whom Google I/O is intended, so it was a highly technical crowd. At one point a presenter triumphantly announced, “It’s a proc file system without any kernel drivers!” and the room erupted in cheers.

When it comes to ransomware, you don't always get … END_OF_DOCUMENT_TOKEN_TO_BE_REPLACED

Peyton Carr is a financial advisor to founders, … END_OF_DOCUMENT_TOKEN_TO_BE_REPLACED