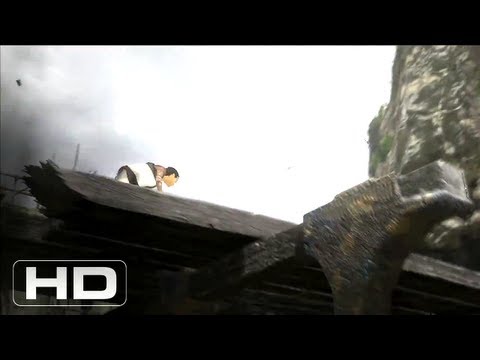 LOS ANGELES — Sony, as is customary, got the last word of the first day of E3, the video game industry’s annual conference here.

At an event on Monday morning, Microsoft, Sony’s closest competitor in the game console business, laid out all the games in its arsenal with the goal of getting people to buy its Xbox One during the holiday season and beyond. Sony concluded the day by doing the same for PlayStation 4 games.

Ears were split, eyes were popped and pulses were quickened at both events. Sony, whose PlayStation 4 console has outsold the Xbox One almost two to one, seemed a bit more willing to take risks in its game lineup.

The game that was the biggest crowd-pleaser at Sony’s event was The Last Guardian, a much-delayed project by Team ICO, a Japanese game developer. The game features an oversize creature that looks like a hybrid of an eagle and cat. The animal has a touching, protective relationship with a young boy who clambers atop its feathery mane.

The Last Guardian, in development for nearly a decade, was a bit like a playable version of a movie by Hayao Miyazaki, the famed Japanese animator. It will be released next year.

“You don’t know how long I have waited for this moment,” said Shuhei Yoshida, president of worldwide studios for Sony Computer Entertainment.

Another whimsical game was called Dreams, which its developer, Media Molecule, described as a kind of design tool for helping people reconstruct their dreams. Based on the early demonstration of the game, it wasn’t totally clear how easy it will be for people to do that.

Sony also showed a trailer for a remake of Final Fantasy VII, a much-loved role-playing game from the late ’90s. Fans have long begged its Japanese developer, Square Enix, for an update of the game with modern graphics.

Sony breezed through a presentation on Project Morpheus, as the company’s upcoming virtual reality headset is known. It did not conduct an onstage demo of the device, which is not coming out until the first half of next year. Microsoft, for its part, did conduct an onstage demonstration of HoloLens, the company’s augmented reality headset, during its event.

Both companies sought to score points by showing exclusive titles (Sony with Uncharted 4, Microsoft with Halo 5). But it was hard to judge either company the clear winner of the buzz contest during the first day at E3.

With a clear lead in sales of the current generation of consoles, that’s good news for Sony.

When it comes to ransomware, you don't always get … END_OF_DOCUMENT_TOKEN_TO_BE_REPLACED

Peyton Carr is a financial advisor to founders, … END_OF_DOCUMENT_TOKEN_TO_BE_REPLACED