You are here: Home / Entertainment / Bounty Hunter ‘Dog’ Chapman: El Chapo Is Out of His League 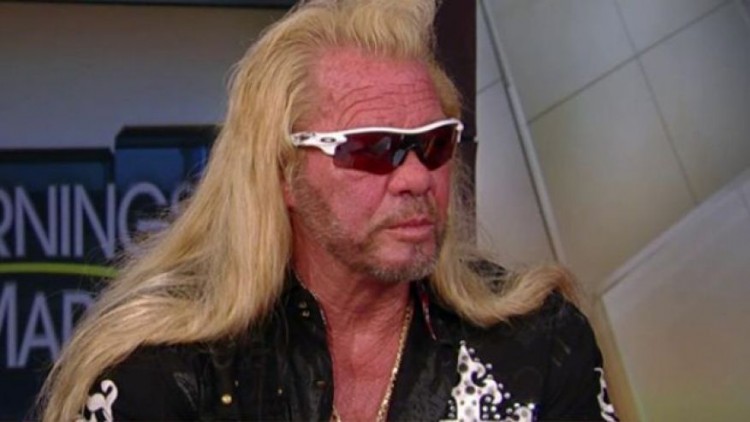 TV bounty hunter Duane “Dog” Chapman knows there are some fugitives even he can’t bring to justice. The star of CMT’s Dog and Beth: On The Hunt admits he probably would not be able to capture escaped Mexican drug lord Joaquín “El Chapo” Guzmán — and doesn’t even plan to try.

“He probably would be out of my league,” Chapman tells FOX411.

“In order to take him down, number one, you better have a fully automatic weapon. With my weapon, you have to get really close to him — and you couldn’t get that close to him because he probably has five or six guys with him at all times.

“[Also], there would have to be two or three of you to take him down because he is going to shoot it out next time. Last time, I heard they surrounded him and gave him a chance to come out.”

Chapman is convinced that Mexico’s most wanted criminal is hunkered down south of the border, where bounty hunting is illegal.

The reality star, 62, learned that the hard way when he was arrested by Mexican authorities and nearly faced a jail sentence of his own in 2003 after capturing a convicted American rapist in Puerto Vallarta.

“I have learned to stay in my own country,” he says, looking back. “You can’t even talk about arresting a guying Mexico.”

Chapman boasts of capturing “thousands” of bail-hoppers on American soil — but he does not believe many of them belong behind bars.

“Prison is for the violent [criminals] — not for the non-violent or someone who is maybe not educated enough and won’t commit the crime again,” he says.

“If it is non-violent, it means that people made mistakes. We are spending so much money on them and we have no room for the killers!”

Chapman believes many drug-related offenses would be better addressed with education and rehabilitation.

“I have arrested so many drug addicts that have come to me said, ‘Dog, I don’t want to do it. It is something inside me,’” he argues.

“Now what if his parents were addicts and it is in his DNA? Well it is. I have arrested third generation drug addicts.”

“The guy that gave dope to a little girl, keep him there. But [the non-violent drug users], you gotta get them out. We don’t need to be spending $360 a day. It costs more to keep a man in jail than it does to put that same man through a cheap college.”

Chapman is no stranger to the prison system.

He spent 18 months in lock-up for his part in the 1976 murder of an alleged pimp and drug dealer. (His friend accidentally pulled the trigger.)

“I remember times when I sat in prison praying to God, ‘Why am I here? I cannot handle this,’” he reveals on Saturday night’s episode of “Dog and Beth,” which marks his first return to the Lone Star State in more than 35 years.

For the show’s third season, Chapman gets a hand from his 22 year-old daughter, Cecily.

“[Bounty hunting] is in her blood,” he says.  “Some of these guys I try to train, I tell them, ‘You need to try to apply for a job at K-mart. But to see her…she is really good.”

Dog and Beth” On the Hunt airs Saturdays on CMT.

When it comes to ransomware, you don't always get … END_OF_DOCUMENT_TOKEN_TO_BE_REPLACED

Peyton Carr is a financial advisor to founders, … END_OF_DOCUMENT_TOKEN_TO_BE_REPLACED