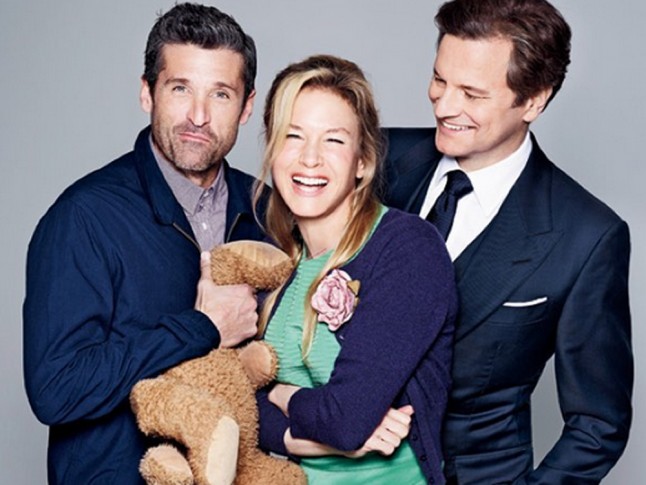 The Oscar winner Renee Zellweger gets her British accent back to play Bridget Jones again, in the third production from the franchise with the same name. This time, she is about 40 years old, single and… expecting a child. In ‘Bridget Jones’s Baby’, the actress born in Texas is back in the role of the character obsessed with her own weight and with love, alongside her two partners, Colin Firth-who plays the role of the discreet Mark Darcy- and Patrick Dempsey who plays the role of Jack Qwant. ‘It’s a character I love’, says Zellweger about Jones, who is more mature now. She works at a TV channel, but still goes through many adventures. ‘She is familiar to me and working for this new production was another kind of experience, from the creative point of view’, Zellweger adds.

The movie begins with Jones, who is out of a long-term relation with Darcy. After a date with him, but with the American Qwant too, which she barely knows, Jones gets pregnant and she is not sure who is the father of the child. ‘I think she is less naive, which is great because her both suitors are nice, so it is another kind of rivalry.’ – the actress says. The movie will have the premiere on September 16, in the United States of America and the fans can’t wait to see it after they were shocked by the Bridget Jones: Mad About the Boy book in which Fielding kills Darcy and in which Jones is presented as a widowed mother with a younger than her lover. Sharon Maguire, the director of the movie, says she is very nervous and emotional because of the pressure. She wonders if the movie will be a success, if it will be funny, but she also thinks that the love for this character is a lasting one.

When it comes to ransomware, you don't always get … END_OF_DOCUMENT_TOKEN_TO_BE_REPLACED

Peyton Carr is a financial advisor to founders, … END_OF_DOCUMENT_TOKEN_TO_BE_REPLACED