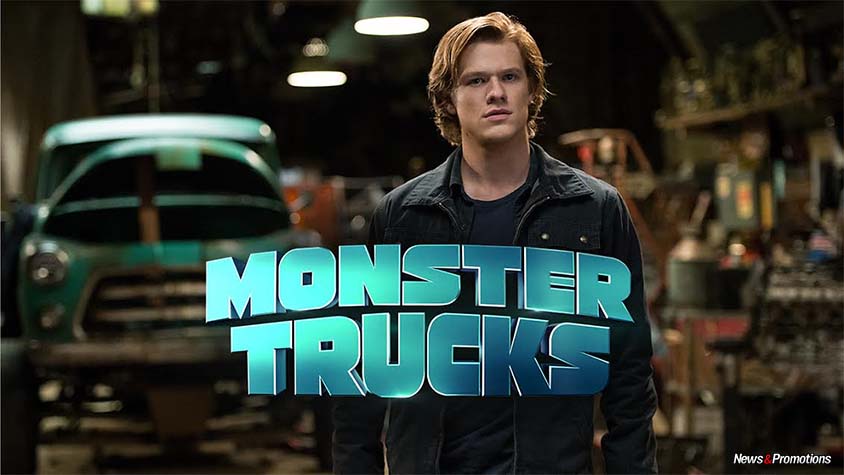 The supernatural horror movie ‘The Bye Bye Man’ and the adventure family movie ‘Monster Trucks’ are among the news of this weekend in the American cinemas, reports the EFE. Directed by Chris Wedge, ‘Monster Trucks’ it has a distribution with Jane Levy and Lucas Till, known from the popular television series ‘MacGyver’. Tripp (Till), a teenager who builds modified trucks, will find in a mysterious creature a faithful friend. ‘The Bye Bye Man’, directed by Stacy Title, has a distribution consisting of the actors Cressinda Bonas, Lucien Laviscount and Douglas Smith. The film presents an urban legend created around the terrifying Bye Bye Man, a supernatural being who kills all those who think of it or pronounces its name. Michelle Monaghan and Jamie Foxx are the protagonists of the film ‘Sleepless’, a thriller directed by Baran Bo Odar.

It is a remake of the French film ‘Nuit blanche’ from 2011 which show the adventures of a corrupt policeman who is confronted with the abduction of his son. Other premiere for this weekend, but in a limited number of theaters, are ‘The Book of Love’ and ‘The Comedian’. With an outstanding distribution headed by Robert de Niro, along with Leslie Mann, Danny DeVito, Billy Crystal, Harvey Keitel, ‘The Comedian’ is the new film of the producer and the director Taylor Hackford. This movie presents the life of a comic veteran (Robert De Niro) who is at the end of his career.

‘The Book of Love’ of the debutante director Bill Purple, which has in the distribution the actors Jessica Biel, Jason Sudeikis and Maisie Williams, famous for her role as Arya Stark from the ‘Game of Thrones’ series. After he lost his wife in a traffic accident, a shy architect tries to continue his live by helping a young homeless girl.

When it comes to ransomware, you don't always get … END_OF_DOCUMENT_TOKEN_TO_BE_REPLACED

Peyton Carr is a financial advisor to founders, … END_OF_DOCUMENT_TOKEN_TO_BE_REPLACED