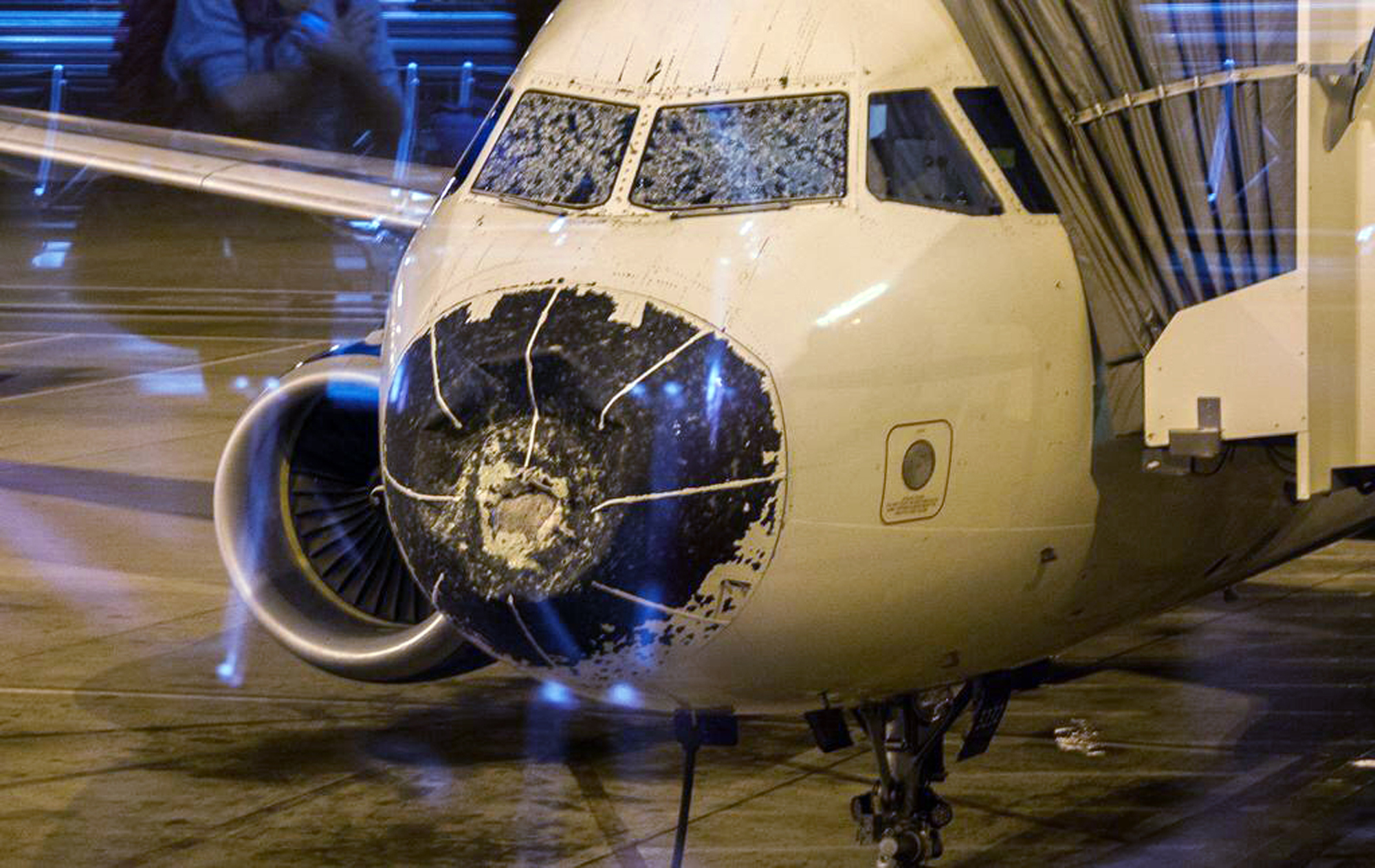 An United Express flight from Charlotte to Chicago made an emergency landing in Indianapolis on Sunday after a problem with cabin pressure that caused the pilot to descend to 10,000 feet, an ExpressJet spokesman said. The emergency landing was the second by a U.S. commercial jet in less than two days.

Spokesman Jarek Beem told USA TODAY the pilot of United Express Flight 5919 followed procedure, but that some people complained of headaches and ear problems. Medical responders treated passengers after the plane landed at around 8:30 a.m., and no on was hospitalized, Beem said.

ExpressJet operates the flight for United Express. Beem said ExpressJet officials were trying to determine whether the plane could be fixed so the flight could continue to Chicago. If not, other accommodations would be made for the passengers, Beem said.

Initial reports from Indianapolis International Airport indicated the flight, which left Charlotte at 6:50 a.m. Sunday, had experienced a sharp, unexpected loss of altitude. Beem said that was incorrect.

The incident took place less than two days after a Salt Lake City-bound flight from Boston flew into a storm and was forced to make an emergency landing in Denver. Delta Airlines Flight 1889 landed safely at Denver International Airport after encountering lightning and hail so heavy the windshield on the Airbus A320 was cracked and nose cone damaged.

“This was the scariest 10 minutes of my life,” passenger Robin Jones told KTSU-TV after arriving at the Salt Lake International Airport on Saturday. “I thought, ‘OK. Have I told everybody that I love that I love them?’ And as soon as I realized I had done that, I was like, ‘I’m alright. Everything’s going to be OK.’”

When it comes to ransomware, you don't always get … END_OF_DOCUMENT_TOKEN_TO_BE_REPLACED

Peyton Carr is a financial advisor to founders, … END_OF_DOCUMENT_TOKEN_TO_BE_REPLACED