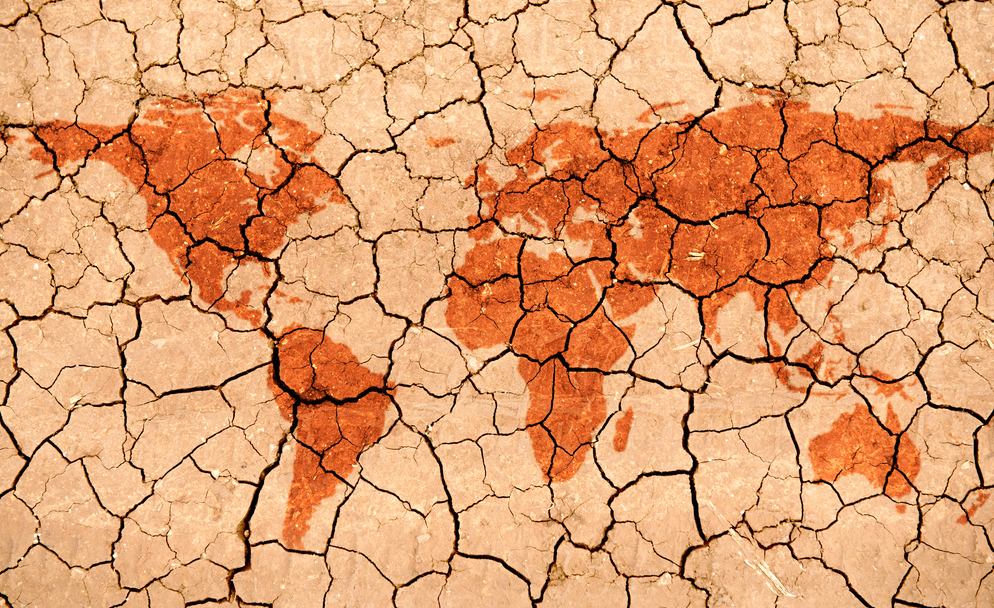 The fact it is so broadly observable now means we must take seriously the current projections of widespread global Dust-Bowlification in the coming decades on our current CO2 emissions pathway — including the U.S.’s own breadbasket.

The new study, “Significant anthropogenic-induced changes of climate classes since 1950,” looks at multiple datasets of monthly temperature and precipitation over time. The main finding:

As for the cause, “we find that these changes of climate types since 1950 cannot be explained as natural variations but are driven by anthropogenic factors.”

In short, humans are causing the world’s arid and semi-arid climate zones to expand into the highly populated mid-latitude continental climates (where, for instance, most Americans live) — and causing the high-latitude climates to expand into the polar zones. Of course, the polar zones are precisely where the carbon-rich frozen tundra is and the land-locked ice of the world’s biggest ice sheets and glaciers.

These are stunning changes when you consider the fact that the world has only warmed about 1°F since 1950, and we are on track to warm 5 times that much (or more) this century alone. Multiple climate studies project continued climate inaction will put some one-third of the currently-habited and arable landmass of the planet into a state of near permanent drought post-2050. This new study finds that we are well on our way.

This map shows how the world is broken down by climate and sub-climate regime:

Map of the world’s climate regimes. A new study finds the dry zones (B) are expanding while the polar/tundra zones (E) are shrinking. University of Melbourne via Wikipedia.

The authors note that of all their results, “the most conspicuous feature is a worldwide expansion of B climate (mainly semiarid) at the expense of C and midlatitude D climate” (see figure below):

In particular, the researchers found that “rising temperature and decreasing precipitation are about equally important in causing the expansion of semiarid climate in Asia and western North America, while the contribution of decreasing precipitation to the increasing semiarid climate is much larger than that of temperature over North Africa, South Africa and South America.”

The only one way to prevent the irreversible Dust-Bowlification of large parts of the land is to keep total warming as low as possible.

When it comes to ransomware, you don't always get … END_OF_DOCUMENT_TOKEN_TO_BE_REPLACED

Peyton Carr is a financial advisor to founders, … END_OF_DOCUMENT_TOKEN_TO_BE_REPLACED