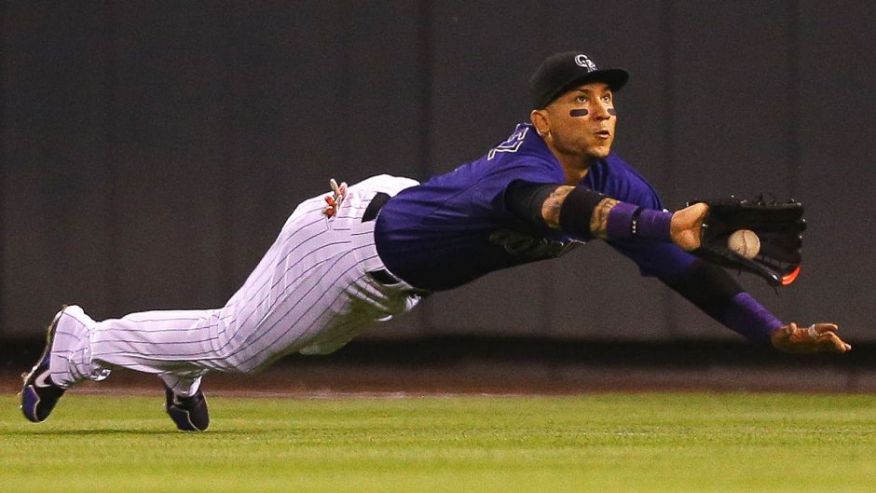 Carlos Gonzalez has been banged up for the past few seasons, but the Colorado Rockies right fielder proved on Thursday night that he is still capable of making outstanding plays.

In the eighth inning of the Rockies’ 3-2 win over the Washington Nationals on Thursday, Nationals outfielder Jayson Werth hit a shallow fly ball to right field that Gonzalez was quite some distance from, as he was positioned deep for the power-hitting Werth.

However, CarGo sprinted full speed towards the ball and dove on his stomach to make an incredible catch that prevented the Nationals from starting a potential game-changing rally in the eighth.

“That play right there prevents [Bryce] Harper from coming to the plate in the eighth inning,” manager Walt Weiss said. “That was big time. I didn’t think he had a shot. He had to run a long, long way to get to that ball. Big-time play.”

When it comes to ransomware, you don't always get … END_OF_DOCUMENT_TOKEN_TO_BE_REPLACED

Peyton Carr is a financial advisor to founders, … END_OF_DOCUMENT_TOKEN_TO_BE_REPLACED