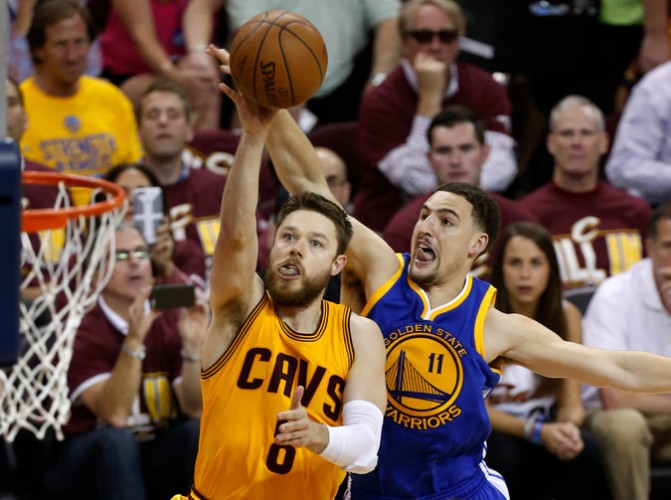 CLEVELAND – About eight hours before Game 3 of the N.B.A. finals, after he had completed his morning workout with the Golden State Warriors, Stephen Curry sat at the center of 40-some reporters and answered about a dozen questions that were mild variations on the same, well-established theme: his shooting woes.

Curry, who entered these finals against the Cleveland Cavaliers with a growing reputation as one of the greatest shooters the planet has ever known, assured everyone that he felt fine, that his shoulder was healthy, that he was not dealing with any adverse effects from a hard tumble in the Western Conference finals.

His recent struggles? Just one of those things, he said. He would find a way out of it by remaining aggressive, by creating for others and by sticking to the teamâs familiar script.

“Just got to shoot better,” he said in what qualified as an expansive moment.

Curry, who seldom looked unsure of himself during the regular season, when he was the leagueâs most valuable player, nearly stole the game for the Warriors. After scoring 3 points in the first half, he finished with 27 points while shooting 10 of 20 from the field. His 3-pointer with 18.8 seconds left reduced the Cavaliersâ lead to 94-91.

But LeBron James made two free throws, and the Warriors were out of answers. James, who has hauled the Cavaliers to within two wins of their first N.B.A. championship, finished with 40 points, 12 rebounds and 8 assists.

Matthew Dellavedova, a plucky point guard who defended Curry for much of the game, added 20 points.

The Warriors trailed by as many as 20 points in the third quarter before mounting a huge rally. Early in the fourth, Klay Thompson and Andre Iguodala made consecutive 3-pointers to cut the Cavaliers’ lead to 72-63. The crowd, so hyped from the start, began to murmur.

The Cavaliers’ lead melted to 6 when Leandro Barbosa scored on a layup, to 5 when David Lee rebounded a miss and dunked, to 4 when Curry began to emerge from his funk with a 3-pointer, to 3 when Curry (again) sliced through a maze of defenders for an up-and-under layup.

The lead was down to 1 when Curry sank another 3-pointer, but Dellavedova, who is fast approaching folk hero status in Cleveland, got inside for a layup and a foul.

After Curry threw a pass out of bounds, James buried a 3-pointer with less than two minutes remaining to give the Cavaliers some breathing room – just enough with Curry finally heating up.

It was the first finals game in Cleveland since 2007, when the Cavaliers were in the process of getting swept by the San Antonio Spurs. James spent three more championship-free seasons in Cleveland before he left for the Miami Heat in search of an elusive title, eventually winning two.

So his return to Cleveland has been both celebratory and expectant, as the city waits and hopes and dreams of an end to its decades-long championship drought.

The crowd roared 17 minutes before the tip when the Cavaliers took the court for warm-ups, the arena already full, James bobbing his head to the beat of a hip-hop track. He drove for a layup on the game’s opening possession, and the building shook.

In previous playoffs runs, most recently with the Heat, James often operated as a facilitator, creating open shots for teammates and taking his own when they materialized. He was not known as a high-volume shooter. He would take his healthy share, of course, but the ball tended to move from one set of hands to the next.

Back in Cleveland, as the only remaining bold face name on a roster stricken by season-ending injuries to Kyrie Irving and Kevin Love, James has been left with a hodgepodge cast of role players and aging parts. And so he has taken matters into his own hands, launching shots with gluttonous ferocity - for better or for worse.

After attempting 72 shots through the first two games of the series, James seemed determined to match that output in Game 3. He kept attacking as the Cavaliers ran out to a 10-5 lead before Steve Kerr, the coach of the Warriors, called a timeout.

“We know we have to get more out of ourselves than maybe even humanly possible sometimes,” David Blatt, the coach of the Cavaliers, said before the game.

The Warriors tried to search for lanes to the basket rather than settle for perimeter jumpers. In Game 2, Kerr felt his players took too many quick shots. On Tuesday, they showed more patience – even if they struggled to shoot with any accuracy.

In a game that was turning into another defensive tussle, the Cavaliers led by 24-20 after the first quarter. James was 3 of 10 from the field, and Curry was 1 of 5. It all felt familiar, neither team unearthing its rhythm.

In the second quarter, and after J. R. Smith hoisted a silly 20-footer that barely grazed the front of the rim, the Warriors turned it into a dunk from Andre Iguodala at the other end. That was about the only type of offense the Warriors could muster in the first half, though. They shot 34.1 percent and trailed, 44-37. Curry had 3 points in 20 minutes.

Early in the third quarter, Dellavedova connected on back-to-back baskets - a 3-pointer and a floater in the lane - to stretch the Cavaliers’ lead to 51-41. The lead was 13 and growing when James hit a turnaround jumper, and Golden State looked half bewildered, half exhausted. The Warriors had one more run in them, but it was not enough.

When it comes to ransomware, you don't always get … END_OF_DOCUMENT_TOKEN_TO_BE_REPLACED

Peyton Carr is a financial advisor to founders, … END_OF_DOCUMENT_TOKEN_TO_BE_REPLACED