You are here: Home / World / Changes Sought by Creditors Approved by Greek Leaders 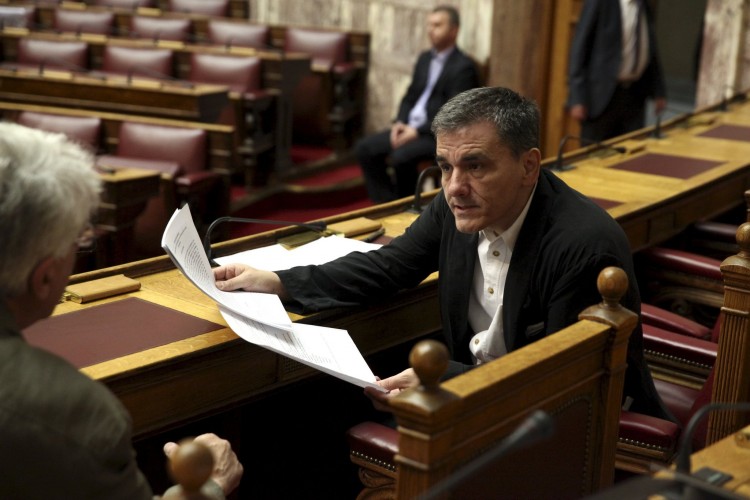 Under threat of yet another deadline, the Greek Parliament approved a second package of policy changes early Thursday that the country’s creditors had said must be in place before the detailed negotiations for an $86 billion bailout could begin.

The new measures, overhauling the banking and judicial systems, passed easily with significant support from opposition parties eager to do whatever it takes to keep Greece from leaving the eurozone. The vote was 230 to 63, with five abstentions and two absences.

Prime Minister Alexis Tsipras was able to win over only two additional members of his leftist Syriza party, compared with the first major vote last week on the bailout accord. Most of the party’s hard-liners continued to rail against what they said was the creditors’ “blackmail” and voted no, making it likely that new elections would be held in the fall.

Mr. Tsipras spoke just before the vote, telling members of Parliament that the final terms of the deal with creditors were still under negotiation and that more would be done to protect the poorest members of Greek society. “We’re not done here,” he said, adding: “We are fighting to improve the final text of the deal. We will fight for countermeasures and for funds for society.”

The rift within Mr. Tsipras’s party has grown heated in recent days, with both sides taking shots at each other and the government’s spokesman saying that a “divorce” might be inevitable. The vote showed that Mr. Tsipras had gained support from one of his most vocal critics lately, his former finance minister, Yanis Varoufakis, who stepped down this month in an apparent gesture to European creditors who had found him difficult to deal with.

Mr. Varoufakis, who voted no last week, voted yes this time. But 36 Syriza members remained opposed, deeply frustrated with Mr. Tsipras’s decision to bow to the creditors, in the face of closed banks and an economy on the verge of collapse.

In Brussels, Pierre Moscovici, the European commissioner for economy, said at a daily news conference that he was pleased with the progress in Greece, that formal talks with Athens on granting a third bailout had begun, and that they could be completed during the second half of August.

Which Was Bigger: The Greek or American Bailout?

Comparison of the Greek and American bailouts and their economic decline and growth since.

Asked about a decision by Athens to postpone legislation overhauling pensions and tax issues affecting farmers, Mr. Moscovici suggested that those laws could wait.

He said that passage by the Greek Parliament of other changes would be sufficient to keep bailout talks on track.

The measures approved early Thursday will streamline court procedures, which are notoriously slow here, and save billions in euros.

They will also adopt some new European Union banking regulations that aim to shield taxpayers from having to bail out troubled lenders and were supposed to have been passed months ago.

The new regulations impose losses on shareholders and depositors of ailing banks before any taxpayer money can be tapped to rescue a lender.

The measures that were approved last week called for higher taxes and cuts in pensions.

Until the last few days, the disagreement between Mr. Tsipras and the hard-line faction of his party, the Left Platform, largely played out behind closed doors and without rancor. On Tuesday night, however, Mr. Tsipras, perhaps recognizing that he was making little headway in convincing the Left Platform to stand by him, let it be known that he believed the hard-liners were conveniently “hiding behind the safety of his signature.”

They responded with a lengthy critique of Mr. Tsipras’s performance posted on Iskra.gr, the blog considered the voice of the Left Platform. On a morning radio news show, the new government spokeswoman, Olga Gerovasili, said it was possible that a split in the Syriza party might be unavoidable.

Although there was never much question that the bills would be approved, that did not stop legislators from taking the floor to blame one another for the country’s dire economic straits. Some members of Syriza objected to being given 1,000 pages of legislation to review in only two days.

Zoi Konstantopoulou, Syriza’s outspoken speaker of the Parliament, who voted against the measures, said it was impossible for the members to really know what was in the documents. She said they would take an average person 32 hours to read.

“Maybe we should issue a stamp that says ‘Parliament of Greece’ and give it” to our creditors, Ms. Konstantopoulou said, so they can “ratify whatever they want.”

When it comes to ransomware, you don't always get … END_OF_DOCUMENT_TOKEN_TO_BE_REPLACED

Peyton Carr is a financial advisor to founders, … END_OF_DOCUMENT_TOKEN_TO_BE_REPLACED