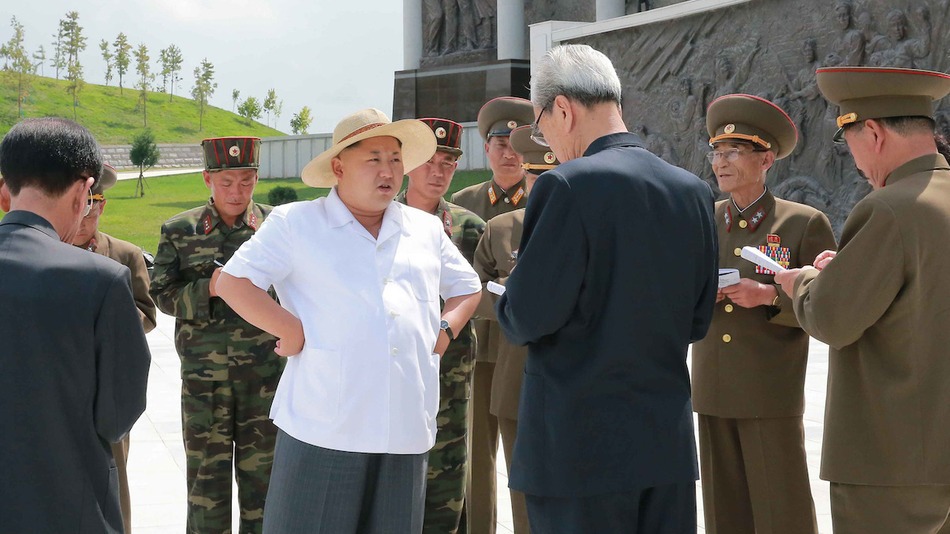 After years of jests and jabs at the expense of North Korean leader Kim Jong-un, it seems the fun may be dying down. Photoshopped images of the DPRK despot — in lipstick, makeup, wigs and demon horns — have filled Chinese social media. Many netizens delight in lambasting the autocrat, calling him inept, evil, dangerous — and, of course, fat. Making fun of Kim Jong-un had become something of a viral meme in China.

But after a visit by China’s Politburo Standing Committee to Pyongyang last week, the campaign to repair North Korea’s public image commenced. The official visit to Pyongyang and the subsequent public relations crusade were steps toward mending diplomatic ties, according to Chinese media.

A search in Chinese for “Fat Kim the 3rd” (or 金三胖) — a common insult for the leader — on Baidu, China’s most popular search engine, returned 15.7 million search results last year (a South Korean newspaper reported he has gained so much weight in office, his ankles fractured under his own weight).

Most of those results referenced Kim, according to Foreign Policy.

Today, however, less than 12,000 results show up, and they come with a disclaimer: “According to relevant laws, regulations and policies, some search results are not displayed.”

Kim took over the reins from his father in 2012. For the first few years of his rule, Chinese authorities didn’t seem to mind the public’s criticism. A popular video clip that was manipulated to depict Kim dancing with Osama Bin Laden and Barack Obama, fistfighting Japanese Prime Minister Shinzo Abe, and riding a pig into the sunset racked up hundreds of thousands of views without so much as a blink of an eye from Beijing officials.

Some of these clips live on, on sites like YouTube which is blocked in the country. This video in particular rounds up several parodies of Kim and is set to “Little Apple,” a popular Chinese song that inspired its own meme last year:

China and North Korea allied during the Korean War in the 1950s, shortly after both countries were established. But since Kim came to power, bilateral relations between the Communist nations have taken a turn for the worse. North Korea spurned China’s advice not to conduct further nuclear tests, and North Korea impounded Chinese fishing boats, kidnapping and ransoming their crew.

Chinese authorities will face an uphill battle turning public opinion. As Foreign Policy points out, Kim Jong-un stands as a stark reminder of what China could have been like had Mao Zedong’s market policies not been reformed under his party successors like Deng Xiaoping in the ’80s.

While much of the Chinese public despises Kim, they also sympathize with the North Korean people who suffer under his rule.

Kim Jong-un has certainly fallen from grace since the People’s Daily, a national newspaper and China Communist Party mouthpiece, praised a 2012 story in The Onion that named him the sexiest man alive. Clearly not getting the joke, People’s Daily posted a 55-page photo gallery under the headline: “North Korea’s top leader named The Onion‘s Sexiest Man Alive for 2012.”

Hot or not, it will be some time before we see Kim in unflattering lipstick on the Chinese web — that is, if the Chinese censors get their way.

When it comes to ransomware, you don't always get … END_OF_DOCUMENT_TOKEN_TO_BE_REPLACED

Peyton Carr is a financial advisor to founders, … END_OF_DOCUMENT_TOKEN_TO_BE_REPLACED