You are here: Home / World / China Killing the World’s Forests for Fancy Chairs 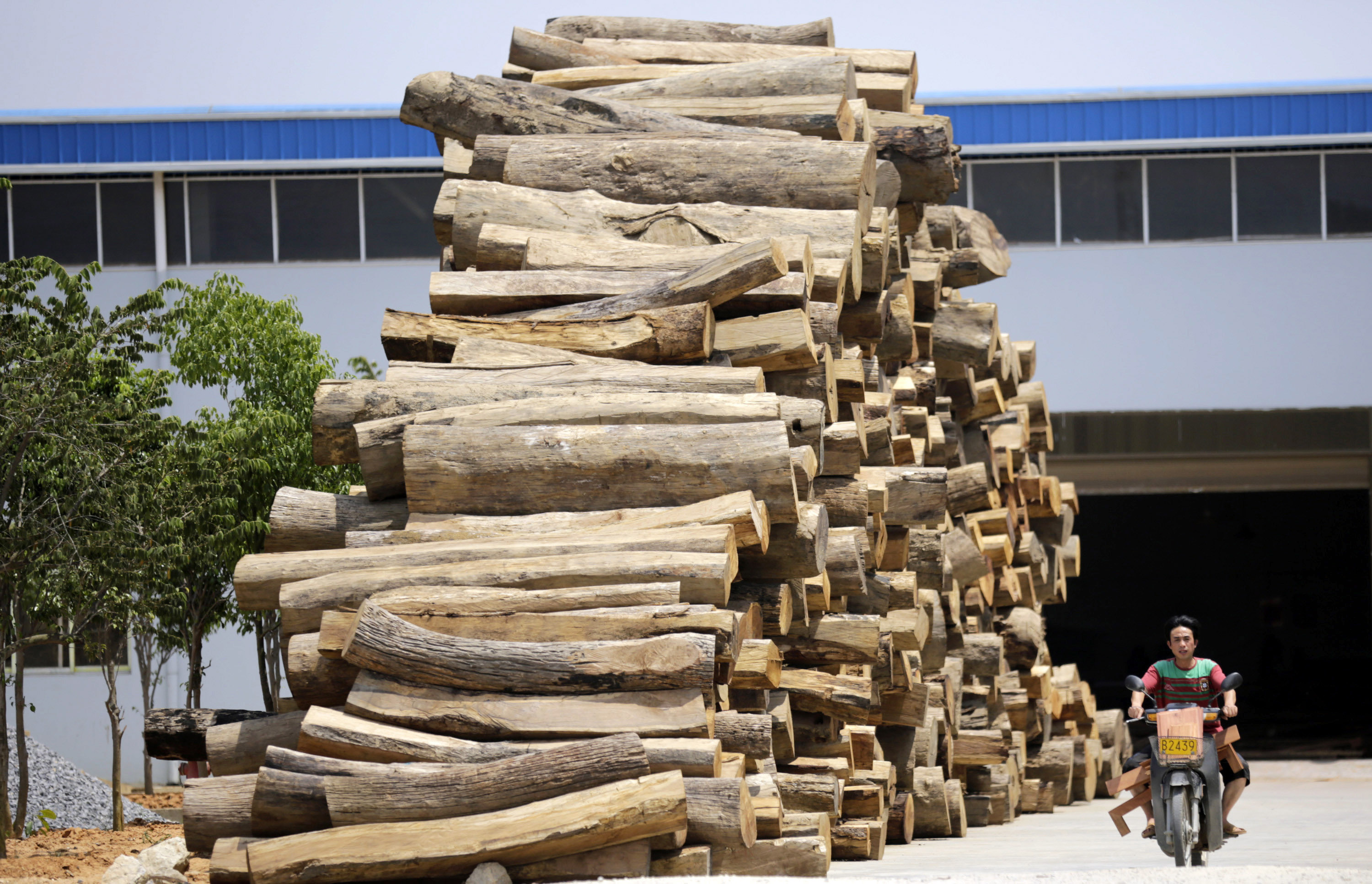 While China clamps down on logging within its borders, illegal Chinese loggers are felling the world’s forests with abandon for the sake of teak floors and fancy chairs. In late July, 153 Chinese nationals were sentenced to life in prison for illegal logging in Myanmar’s northernmost Kachin state, a region rife with coveted teak, padauk, beechwood, ebony and rosewood species.

Last week Burmese authorities granted their release in a gesture of goodwill toward China, which is Myanmar’s largest trading partner. But the gesture, while benevolent toward the loggers, will do nothing to stop the ongoing of ravishment of the region by Chinese companies who’ve been plundering Myanmar for over a decade, mostly illegally.

Thousands of precious teak trees, protected by Myanmar’s Forest Law, as well as other species protected by a timber export ban passed in 2014, are shipped every year to eastern China to be transformed into teak floors for luxury buildings or hongmu (“redwood”) chairs, tables and chests. Once limited to Chinese elites, hongmu is now lusted after by China’s nouveau riche, with individual pieces fetching one million dollars or more.

Myanmar isn’t China’s only victim either. Indonesia, which has the world’s third highest carbon emissions rate (owing to deforestation), placed a moratorium on logging four years ago. Since then, forests have continued to be chopped and in 2013 half the world’s illegal timber came from Indonesia and ended up in China.

Meanwhile, Cambodia suffers the world’s third highest deforestation rate and 85% of its timber exports go to — you guessed it — China. The Democratic Republic of Congo, the world’s sixth most forested country by area, created a logging permit system to combat deforestation, but industrial-scale logging continues; 90% of its logging is illegal and last year 65% of its timber exports went to, yes, China.

China also became Brazil’s leading market for wood in 2012, it consumes 80-90% of Papua New Guinea’s timber, over 90% of Mozambique’s, and in Equatorial Guinea, its log purchases have consistently exceeded the legal limit.

What’s fueling this ravenous appetite for timber? Chinese demand for wood increased 300% from 2000 to 2011, in part due to growth in China’s construction industry and a 474% increase in per capita GDP, allowing more Chinese hotels, deluxe apartments and upper-class consumers to quench their thirst for rare furniture products.

Moreover, while nations like the United States and Australia have passed laws banning the import of illegal wood, China refuses to do so, believing the cost would be too high. At the same time, China has passed bans on commercial logging within its borders: in Heilongjiang province in 2014 and in Inner Mongolia and Jilin last April. In fact, Beijing wants to cut commercial logging of state forests by 20% before 2020.

This discrepancy has brought charges of hypocrisy from some observers. Faith Doherty, a team leader with the British NGO Environmental Investigation Agency, has described China’s behavior as “effectively exporting deforestation around the world.”

What, if anything, is the answer to this problem? Alison Hoare, a senior environmental researcher at British think tank Chatham House, wrote last month that Beijing should take a leadership role by raising this issue at ASEAN and G20 summits. But China isn’t likely to begin awareness-raising campaigns.

As Bob Flynn, international forests director at the timber consultancy RISI, says in a recent book about China’s environmental impact, “Chinese really don’t care where their wood comes from, as long as it’s cheap. If you’re talking about illegal logs from Indonesia or cutting down the last tree in the Solomon Islands, they apparently have no issues with that.”

Or as one Shanghai flooring company representative said, “we don’t log or smuggle any teak out of Burma. As for how the suppliers get teak, I don’t really care.”

So what will it take for Chinese to care about the forests of Mozambique? Hoare of Chatham House believes that economic self-preservation may be the answer.

“I do not think that the approach taken by China is a question of it protecting its backyard—not least because this approach is failing to ‘protect’ its domestic processing industry,” she told GlobalPost. To keep its huge timber processing industry alive, she said, and to develop its exports to prosperous nations that ban illegal imports, China “needs to be able to ensure that the materials which are being imported to supply the industry are legal.”

“China has been exploring ways to tackle the trade in illegal timber,” she added, citing work to create a verification system for legal wood.

“However, this is only just beginning to be implemented by industry and it remains a voluntary measure.”

When it comes to ransomware, you don't always get … END_OF_DOCUMENT_TOKEN_TO_BE_REPLACED

Peyton Carr is a financial advisor to founders, … END_OF_DOCUMENT_TOKEN_TO_BE_REPLACED