You are here: Home / World / China Suffers a Smogpocalypse as President Leaves for Climate Summit 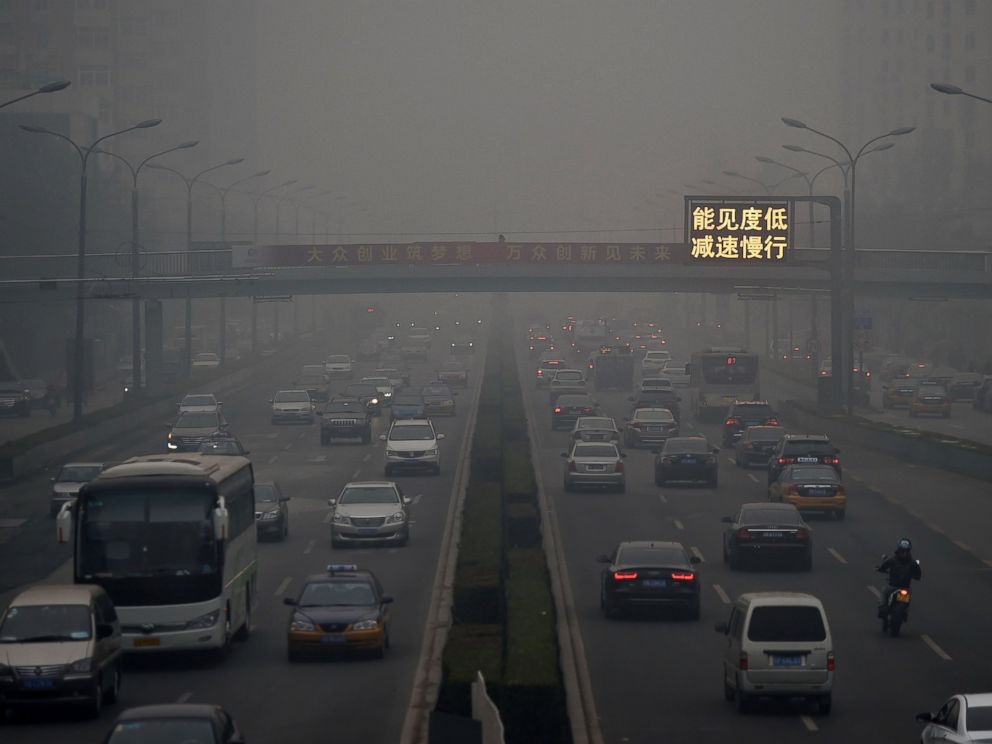 Chinese President Xi Jinping is breathing easier these days, as he has escaped smog-enveloped Beijing to attend this week’s climate change summit in France. Xi has left behind empty playgrounds, for instance, as residents young and old are urged to stay inside amid Beijing’s worst air pollution this year.

This week’s summit in France has brought together about 150 world leaders with a mission to curtail greenhouse gas emissions and stem the devastating risks of global warming.

“Never have the stakes of an international meeting been so high, since what is at stake is the future of the planet, the future of life,” French President François Hollande told a packed United Nations session at a convention center north of Paris.

In Beijing, residents and visitors face the issue first-hand, struggling through the city’s dense air wearing face masks to protect themselves from the pollution. Buildings and structures, including the iconic Tiananmen Square, disappear in the thick cloud. Things as close as one block away are erased in the gray atmosphere.

Chinese officials Sunday declared an “orange” alert, the second highest level after red, and the highest so far this year, as heavy smog has descended on the city, darkening it all, for most of November.

The alert came as readings of the tiny poisonous PM2.5 particles reached into the high 600 micrograms per cubic meter around the city. The World Health Organization’s safe level of this particle is 25. Some suburban neighborhoods logged levels up in the 900s Monday, according to The Associated Press.

The alert requires all industrial plants to reduce or shut down production altogether. It also bans heavy-duty trucks from city roads and order construction sites to stop operations.

The smog covers more than 200,000 square miles around Beijing, neighboring Tianjing and the surrounding province of Hebei, all in the country’s northeast. Earlier this year, China’s Ministry of Environmental Protection said the most polluted cities in the country were in Hebei.

Only eight cities in all of China meet air quality standards, according to the country’s environmental ministry. Beijing is among the worst, the ministry said earlier this year.

When it comes to ransomware, you don't always get … END_OF_DOCUMENT_TOKEN_TO_BE_REPLACED

Peyton Carr is a financial advisor to founders, … END_OF_DOCUMENT_TOKEN_TO_BE_REPLACED