You are here: Home / Education / China will launch its first space mission for prevailing samples of the Moon’s soil 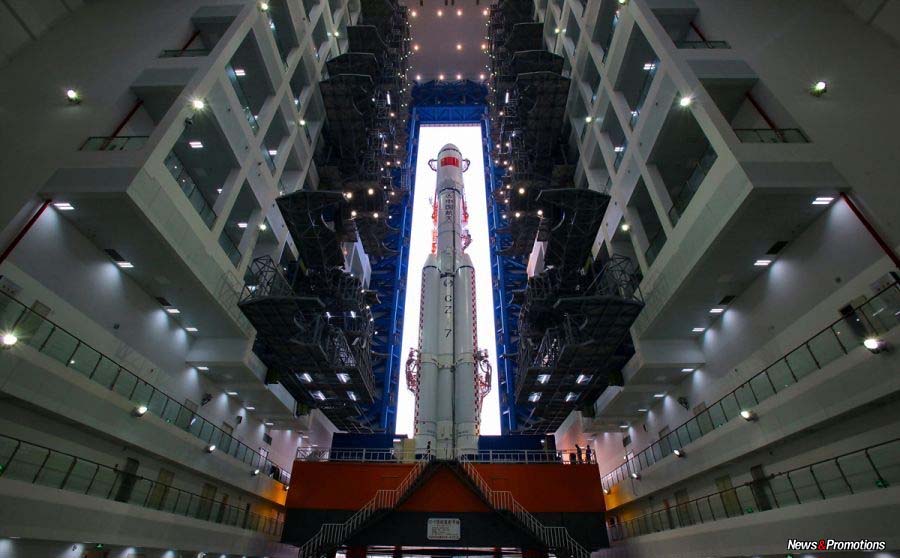 China programmed the launch to the Moon of the robotic mission Chang’e-5 for November this year, the mission marking a few achievements in premiere for the spatial program of this country, informs the DPA. Chang’e-5 will represent a triple premiere for China: the first takeoff from the natural satellite of the Earth, the first automated mission for the prevailing of sampling of the soil from the Moon and their arrival on the Earth, and the first docking without pilot on the Moon orbit, as it is shown by the agency Xinhua quoting the China Aerospace Science and Technology Corporation. The robot will have a weight of 8,2 tonnes and will be composed of four segments for each stage of the mission, as stated the consultant of the program, Ye Peijian. After the samples from the Moon will be taken, they will be brought into the Terra using the returning segment of the robot.

The spatial mission will be launched from the Wenchang center from the Southern province Hainan. In 2013, a Chinese space exploration module called ‘The rabbit of jade’ made a landing on the Moon, this program ending in August last year, after exploring several geological structures on the surface of the natural satellite of the Earth. According to the experts, the success recorded by the spatial program of China is important for the leaders of this country in order to increase the prestige at national and international level, specifies the DPA.

In 2011, the American Congress ordered that the Chinese astronauts not to be received in the program of the International Space Station because of the concerns about the national security. The national Chinese spatial program aims the launch in 2018 of the central module of its own space station whose construction is to be completed by 2022.

When it comes to ransomware, you don't always get … END_OF_DOCUMENT_TOKEN_TO_BE_REPLACED

Peyton Carr is a financial advisor to founders, … END_OF_DOCUMENT_TOKEN_TO_BE_REPLACED