You are here: Home / World / Chinese Thirst for Netherland’s Milk Dries Up Stocks 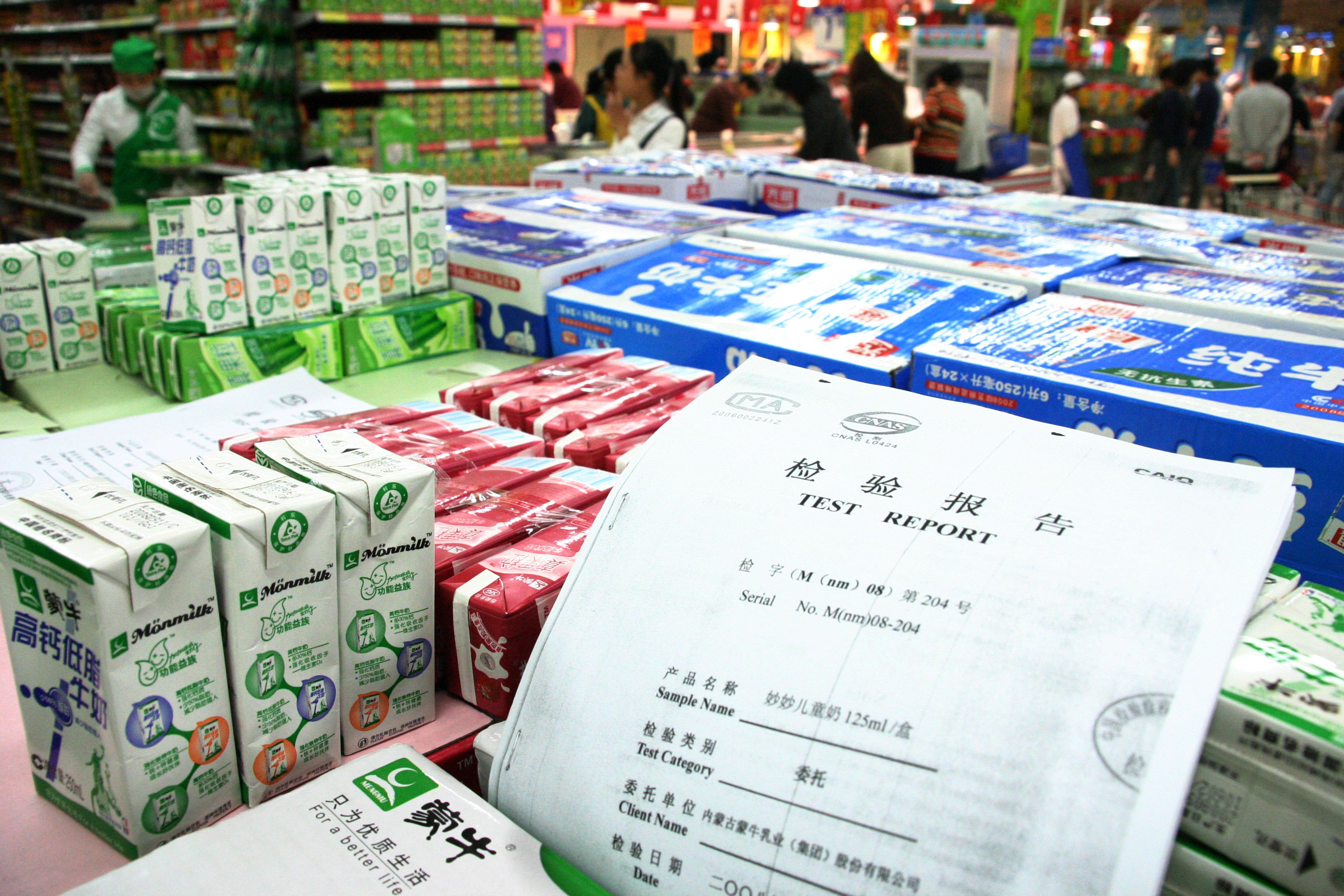 “One of them distracted me, a second one kept the cashier busy, and the third one made off with the goods,” said Legebeke, who owns the store in Doetinchem, a small town 80 miles southeast of Amsterdam. “It makes me raging mad.”

Dutch baby formula is such a prized commodity in China that shelves in the Netherlands are running dry amid a thriving black market. There have been 900 thefts of formula in the past year, Dutch police spokeswoman Lisette van Bale said. “Demand is greater than supply and that makes for a lucrative trade for criminals.”

The run on Dutch milk products dates to 2008, when the Chinese government disclosed that one of the country’s biggest dairy producers had been watering down formula and adding melamine — an industrial compound used in manufacturing plastics and adhesives. Six children died of kidney failure, another 53,000 were hospitalized with kidney damage or other illnesses and an estimated 300,000 were sickened.

In the wake of the scandal, consumer confidence in Chinese baby formula collapsed, and mothers began importing powdered milk in massive quantities. Soon Chinese tourists and Netherlands residents with relatives in China began mailing or toting powdered milk made by trusted Dutch brands on their flights to the world’s most populous country.

The Netherlands is not the only country impacted by surging Chinese demand for baby formula. Irish, Danish and New Zealand dairies have felt the impact of the market implosion. But dairy products from the Netherlands, Europe’s fourth-largest dairy producer, enjoy a special cache among Chinese parents, said Peter Ho, an expert in Chinese economics at Delft University of Technology.

The country is also a major international transportation hub, making it perfect for traders seeking to send milk cheaply to China or hide it among other products bound for the East. “It’s about the excellent transport logistics in the Netherlands combined with large brands which enjoy a strong reputation in China,” Ho said.

Dutch dairies have tried setting up production lines in China, but Chinese consumers distrust formula with a “Made in China” label. In the last three months of 2014, Netherlands’ national mail carrier reported dispatching 600,000 packages of baby milk to China.

Unable to keep up with the demand, Dutch retailers introduced rationing measures. Some stores limit sales to one or two packs of formula per customer. Others set a minimum purchase amount on other groceries to discourage hoarders. Managers scrawl “Not for Resale” on formula containers or cross out ingredient lists to prevent runs on specific brands.

The limits don’t always work: Stores have reported frustrated customers turning to violence. “On average, we get three or four reports a week of verbal and physical aggression,” said Henk Baars of GIO, a liaison organization between retailers and the police. “Personnel are verbally abused, pelted with products, punched or spat at.”

With formula selling in China for as much as five times the Dutch store price, organized crime has gotten into the act, Ho said. “It’s very clear that there are a lot of people involved and it’s well organized,” he said. “There are various trade routes, but exactly what form they take is largely unknown territory. It’s hard to tell because it’s a clandestine market.”

Dutch police say they have intercepted trucks on the highway piled high with powdered milk containers, sometimes transported with large sums of cash.

Retailers are calling on authorities to do more to stem the illicit trade. “We have urged the police to treat these offenses as organized crime rather than shoplifting, so the perpetrators are not just given a warning and put back on the streets,” said Suzanne van de Graaf of Detailhandel Nederland, a retailers’ trade association.

Van Bale said the police are pursuing criminals to the full extent of the law. “Where offenses are committed, we look at the severity — shoplifting or robbery, for example — and that determines our approach.” she said.

Earlier this year, the European Union lifted milk quotas in a move that could boost exports within the 23-member bloc and enable European dairy producers to meet Chinese demand. But until those dynamics change, the black market in powdered milk and its associated crime will likely continue, Ho said.

“There is too little production in the West to meet the enormous Chinese demand,” he said.

When it comes to ransomware, you don't always get … END_OF_DOCUMENT_TOKEN_TO_BE_REPLACED

Peyton Carr is a financial advisor to founders, … END_OF_DOCUMENT_TOKEN_TO_BE_REPLACED