You are here: Home / Automotive / Chrysler Motors dabbles in the Electric Van Market 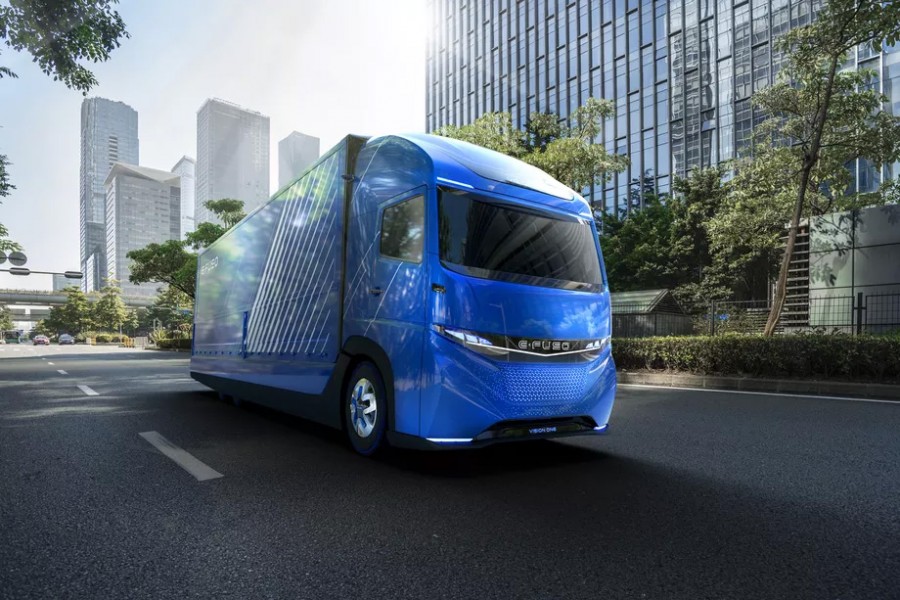 Ten Mercedes-Benz electric eActros trucks from the Stuttgart-based group — the world’s largest manufacturer in the sector — will hit the road in the coming weeks, weighing in at either 18 or 25 tonnes.

Customers “will be testing their everyday feasibility and economic efficiency under real-life conditions,” Daimler said in a statement.

While the new vehicles have a range of just 200 kilometres (124 miles) and take between three and 11 hours to charge, that would be enough for delivering packages or restocking supermarkets, the company added.

It hopes to put the trucks into full-scale production by 2021.

Meanwhile Daimler plans to invest around 1.3 billion euros per year in research and development in its world-beating haulage vehicles division in 2018 and 2019.

Around 500 million euros of the total will flow into development of electric trucks, as well as connected and autonomous driving, the firm said.

Daimler’s toe in the water with heavier electric trucks comes as Germany’s top administrative court could open the way to bans on older diesel vehicles in the most polluted parts of some cities.

In December, Daimler announced delivery of some 500 of its smaller 7.5-tonne Fuso eCanter electric light trucks, aiming to enter mass production by 2019.

It has no plans to match US competitor Tesla’s battery-powered articulated truck, a 40-tonne model with a range of 800 kilometres which the Silicon Valley darling plans to manufacture from next year.

When it comes to ransomware, you don't always get … END_OF_DOCUMENT_TOKEN_TO_BE_REPLACED

Peyton Carr is a financial advisor to founders, … END_OF_DOCUMENT_TOKEN_TO_BE_REPLACED