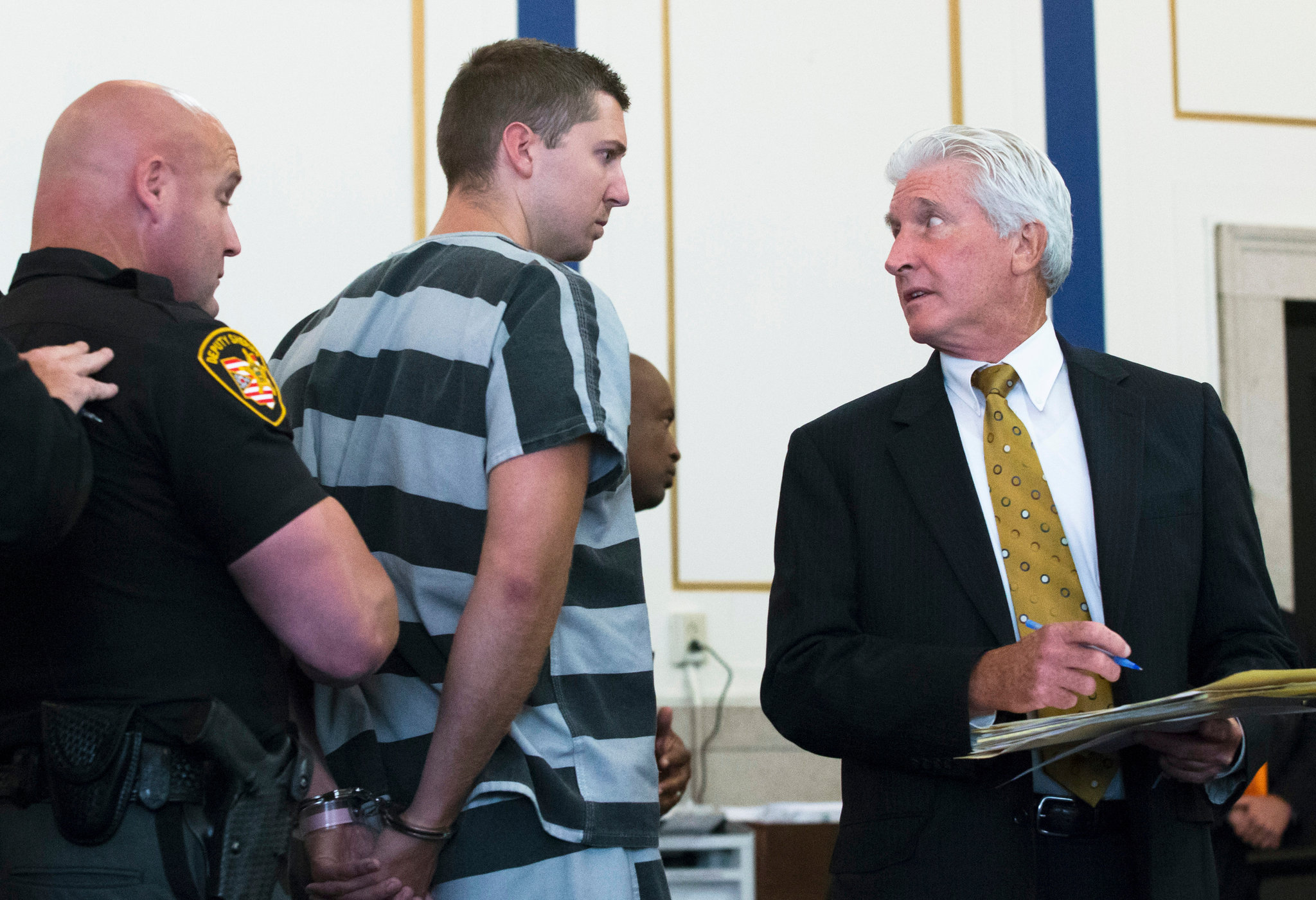 A judge set bail at $1 million on Thursday for the former University of Cincinnati police officer who shot and killed a motorist, after a traffic stop over a missing license plate.

The former officer, Ray Tensing, appeared briefly in court in Cincinnati, in gray-and-black striped jail garb, handcuffed behind his back, as his lawyer, William S. Mathews II, entered a plea of not guilty for him.

On Wednesday, county prosecutors announced that a grand jury had indicted Mr. Tensing on charges of murder and manslaughter in the killing of Samuel Dubose on July 19 during a traffic stop for a missing license plate. They said it was the first time a law enforcement officer in the county had ever faced a murder charge for actions taken in the line of duty.

The prosecutors also released a widely anticipated video of the shooting, taken by a body camera worn by the officer, which they said was crucial to the case, and showed that Mr. Tensing and possibly other officers had misrepresented what had happened.

Members of Mr. Dubose’s family were in the packed courtroom on Thursday for Mr. Tensing’s appearance, which lasted less than three minutes. He spoke only when asked by the judge if he understood what charges he faced, replying, “Yes, your honor.”

Mr. Mathews said that there was no risk that Mr. Tensing would flee, and asked that the bail be “something reasonable,” while a prosecutor noted that bail is usually set at $1 million or more in murder cases.

“The defendant is facing the possibility of life in prison,” Judge Megan E. Shanahan said. “It’s the court’s duty to ensure his appearance. The bond will be $1 million.”

Some of the people in the courtroom applauded and shouted, drawing a rebuke from the judge. “Ladies and gentleman, this is a courtroom,” she said sharply. “You will conduct yourself at all times appropriately.”

She set Mr. Tensing’s next court date for Aug. 19.

When it comes to ransomware, you don't always get … END_OF_DOCUMENT_TOKEN_TO_BE_REPLACED

Peyton Carr is a financial advisor to founders, … END_OF_DOCUMENT_TOKEN_TO_BE_REPLACED